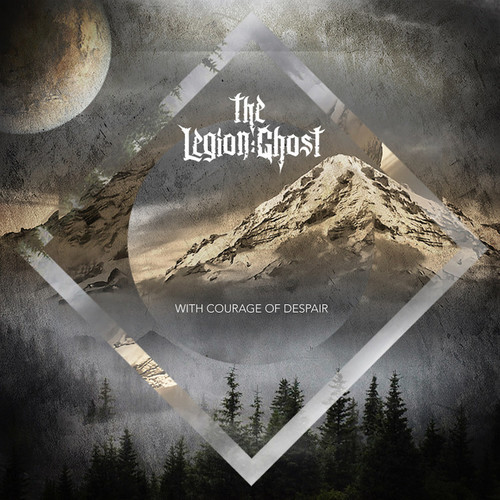 2018 release. About a year and a half after successfully releasing their debut album The Legion: Ghost are putting more wood on the fire: The second studio album With Courage Of Despair proves to be the consistent progression of the band's first oeuvre... Two For Eternity, clearly focusing on groove, melody, heaviness and variation: The album's 12 new tracks are characterized by complex arrangements, mighty riffs, infernally groovy drums and bittersweet melodies. Featuring some insane blasts, staccato guitars and multilayered vocal harmonies, the songs have turned out even more frisky and dynamic, while still sounding like The Legion: GHOST to the core. These five Rhinelanders have found their unique style! The band's characteristic interplay of gloom and brutality is likewise reflected by the lyrics, with powerful-voiced front singer Kevin Kearns cursing the capitalistic performance society, angrily shouting out his criticism of the media (resp. It's contents) or shifting to a more clear, gentle tone when turning to deeply personal issues such as love, jealousy or depression. Brutal, massive, heavy, intense and incredibly tight: This is what modern metal sounds like in the 21st century!