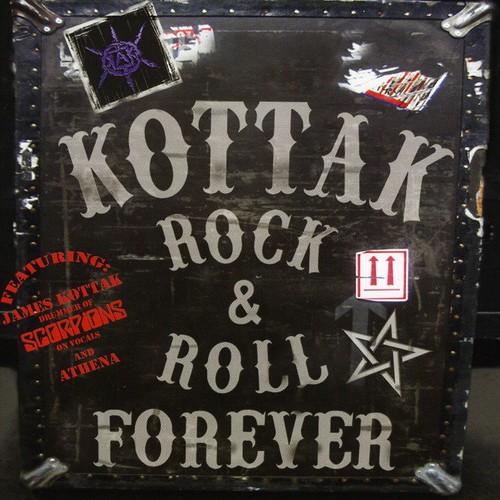 2010 release, the third album from this band led by James Kottak, best known as the drummer for the Scorpions. 'We are 'Cheap Trick meets Green Day on a bad day.' Throw in a dash of Social Distortion and Nickelback and you have a recipe for a freight train barreling right through the arena!' says James. The band also features Athena, Tommy Lee's little sister, on drums. Kottak has established itself as more than just a band with a spelling problem. Several tours of Japan, Europe, Mexico, and countless West Coast runs have yielded a reputation as a rock solid act.