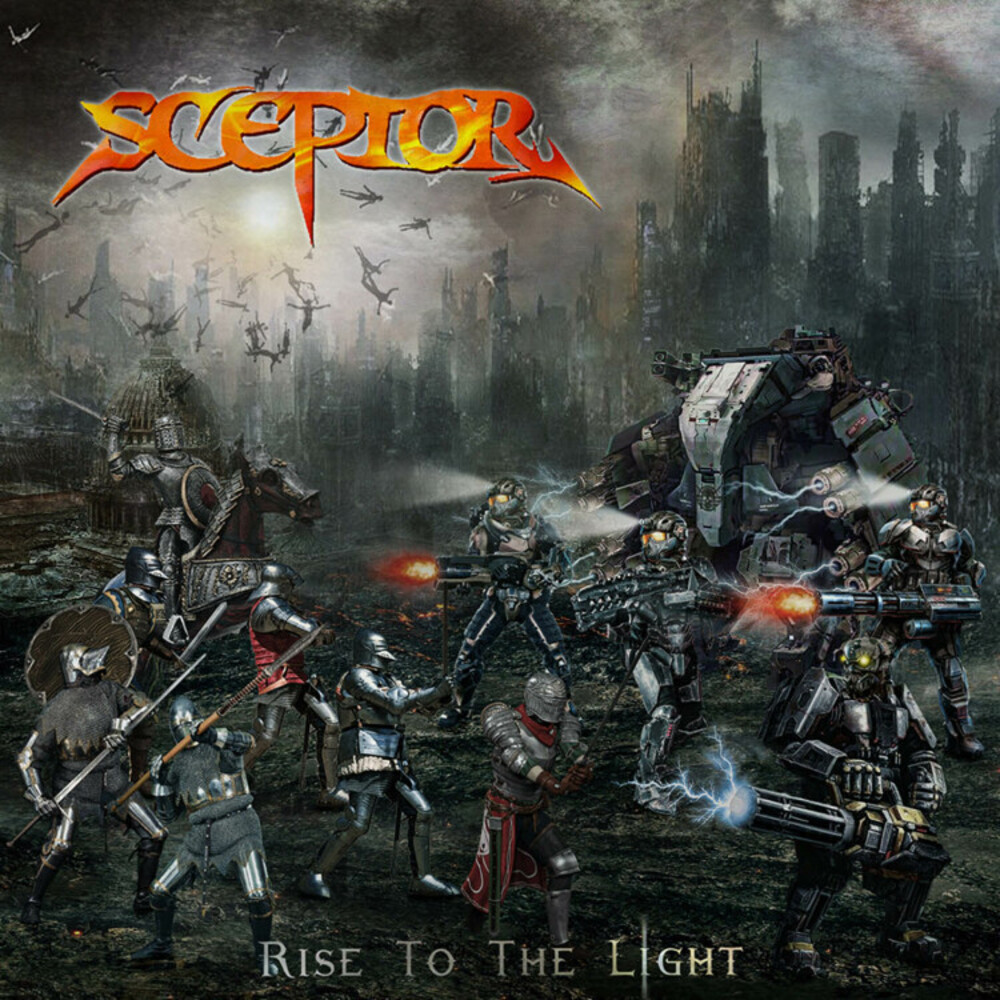 The comeback album of the German Power Metal band Sceptor. Formed in 2009, dissolved in 2014 after the album "Take Command", they now return to the spotlight with "Rise To The Light" and original singer Bob Mitchells. Currently consisting of Torsten "Todde" Lang (guitar, Ex-Ritual Steel, Titan Steele), Bob Mitchells (vocals, Ex- The Hounds Of Hasselvander, Alchemy X, Attacker) Timo Nolden (guitar, Bastard Nation), K. K. Basement (bass, ex-Adorned Graves, ex-Hammer King) and Florian Bodenheimer (drums, Hell Patröl). Finest heavy metal in the tradition of the 80s, with strong American influences and the also coming through double-barreled leads have their origin in the New Wave. Direct comparisons are therefore difficult, but this is certainly not a disadvantage. Mid-tempo rammers ("Crown of Nails", "Rise to the Light") meet faster headbangers ("Sovereign", "Spartacus"), as well as the semi-balladic "Armour Black", so no friend of traditional steel will be disappointed.