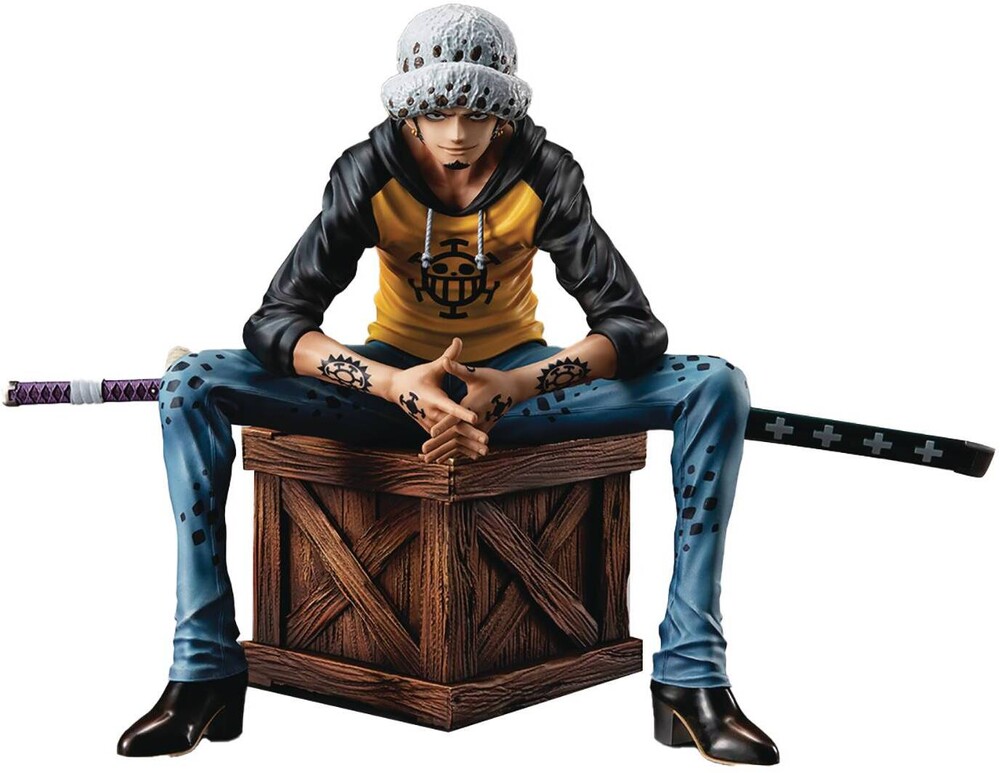 From the One Piece anime comes a new Portrait of Pirates figure of Trafalgar Law!

The fifth figure to join the "Playback Memories" Portrait.Of.Pirates ONE PIECE series! A special figure series that features figures of characters from the episodes of the past! The latest character to join is the first male character in the series; the "Surgeon of Death" - Trafalgar Law!

In the Wano Country Arc, Law travels together with the Straw Hat Pirates, but two years before that he looked quite different when he first appeared on the Sabaody Archipelago. That appearance has been carefully captured in figure form together with the most recent details of his character.

Law is sculpted in a relatively simple sitting pose, but the details on his slender build, trendy look, sharp gaze and confident smile have all been captured in stunning high-quality for fans to enjoy in their collection.

This highly detailed figure sits upon wooden crate with his fingers interlocked.