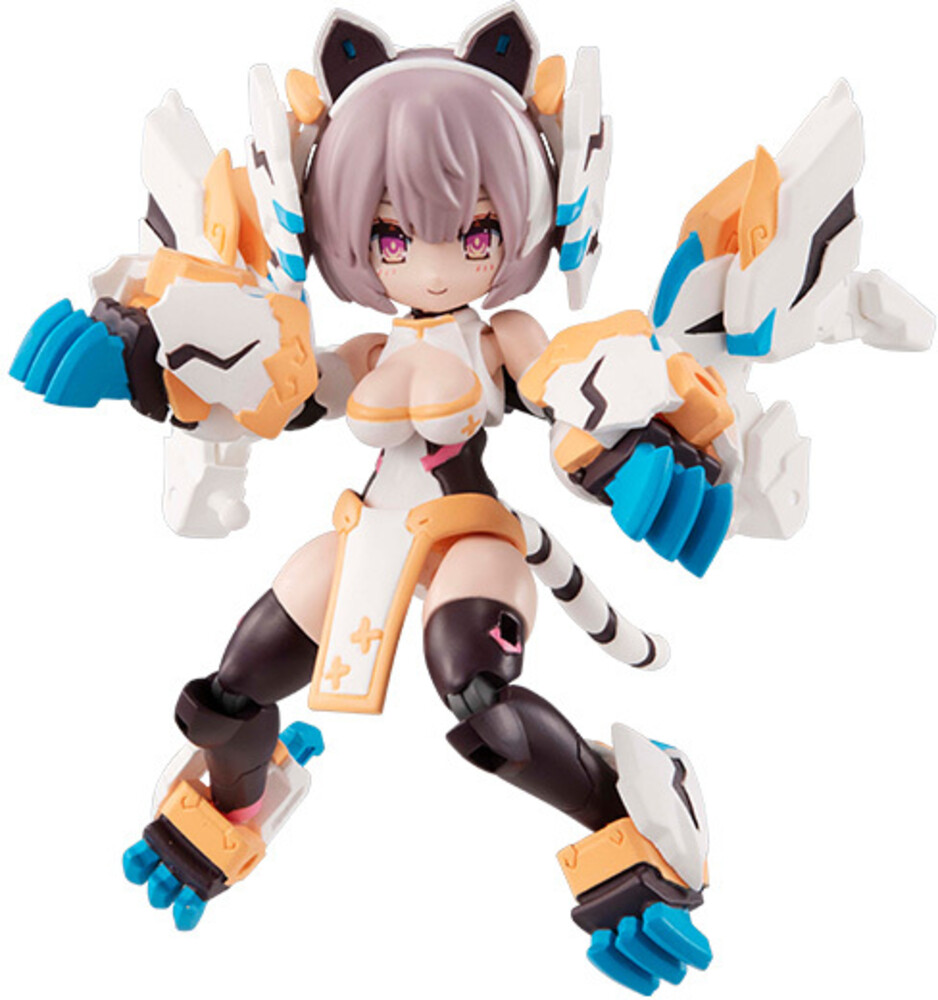 The figure features new hip joints that have been designed to be both cute and highly articulated, allowing for natural poses such as sitting poses!

The armament is based on a tiger and can be switched between the armor version and a guardian beast version. The series is of course compatible with all previously released figures in the Desktop Army series, so you can also mix and match for all sorts of options!

The Desk Top Army series is a half-built armed figure series with common joint parts. By combining them, the world view of Desk Top Army will be further expanded.

Create your own platoon and take control of your desktop.