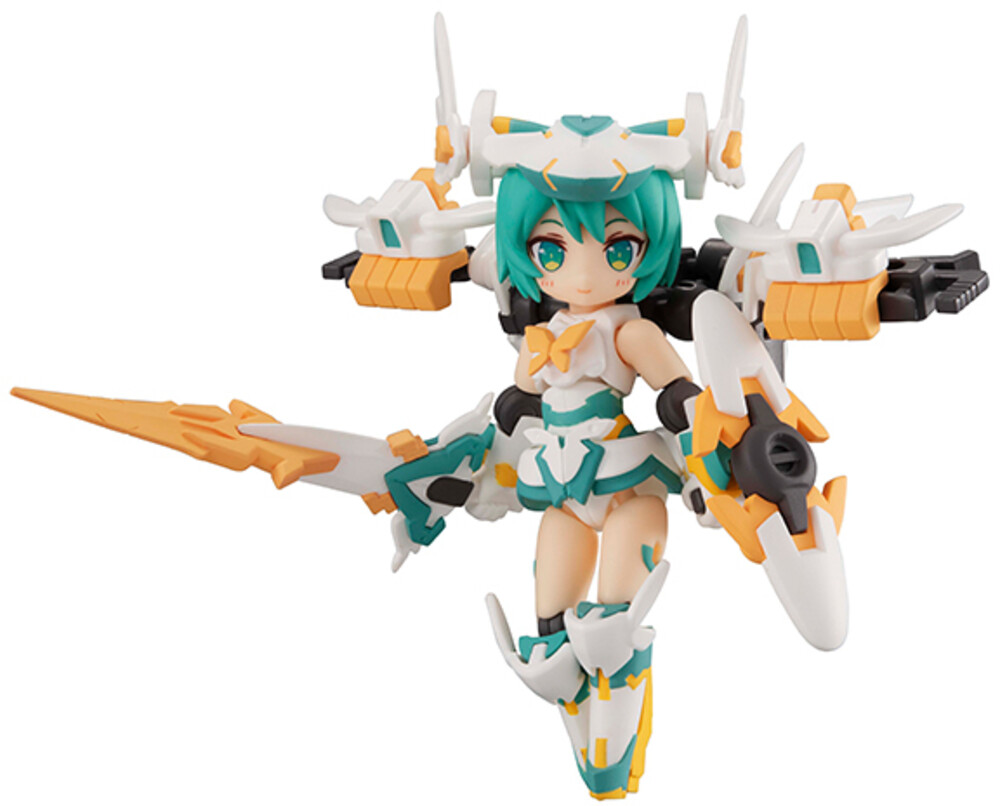 The flagship character of the Desktop Army series, Sylphy II, is back again with a special double armament set.

The figure also features all new smiling and sleepy face plates allowing for all new posing opportunities. The two armaments can also be combined to create "Mode: Archangel", originally seen in the first promotional video.

The series is of course compatible with all previously released figures in the Desktop Army series, so you can also mix and match for all sorts of options! The possibilities are limitless! Create your very own army to brighten up your desktop with some extra cuteness!

The Desk Top Army series is a half-built armed figure series with common joint parts. By combining them, the world view of Desk Top Army will be further expanded. Create your own platoon and take control of your desktop!