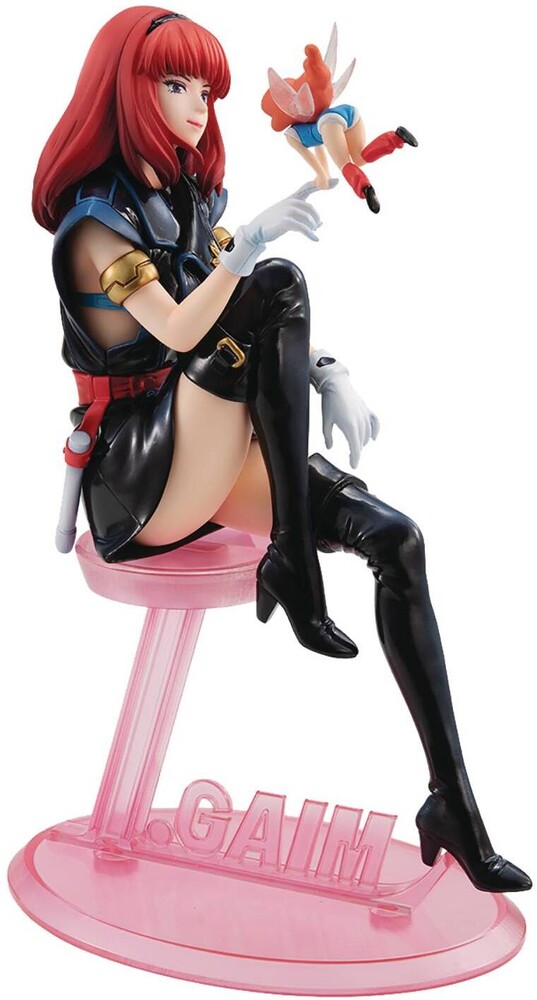 She is sculpted sitting on a chair with Lillith Fau grabbing her finger.

From the robot anime that aired for about a year from 1984, "Heavy Metal L-Gaim" comes a 20cm tall pre-painted figure of one of the heroines from the series, Gaw Ha Leccee.

Leccee is sculpted in her iconic black outfit that she wore in the latter half of the story, which is painted with a glossy pearl finish to capture its shiny appearance as realistically as possible.

The included translucent pink pedestal is based on the logo of the series and comes complete with the figure allowing Leccee to be seated on it. On her right hand is a figure of the fairy Lillith Fuau in the same scale, fluttering her wings by Leccee's side - a scene right out of a fairy tale!

Careful attention has also been given to Leccee's facial expression which captures the gentler side of her normally strong-willed character.

A member of Poseidal's Elite 13, Gaw Ha Leccee initially opposes the main character of the series, but after time defects from the military to join him. Be sure to add this unique 1/8th scale figure of her to your collection!