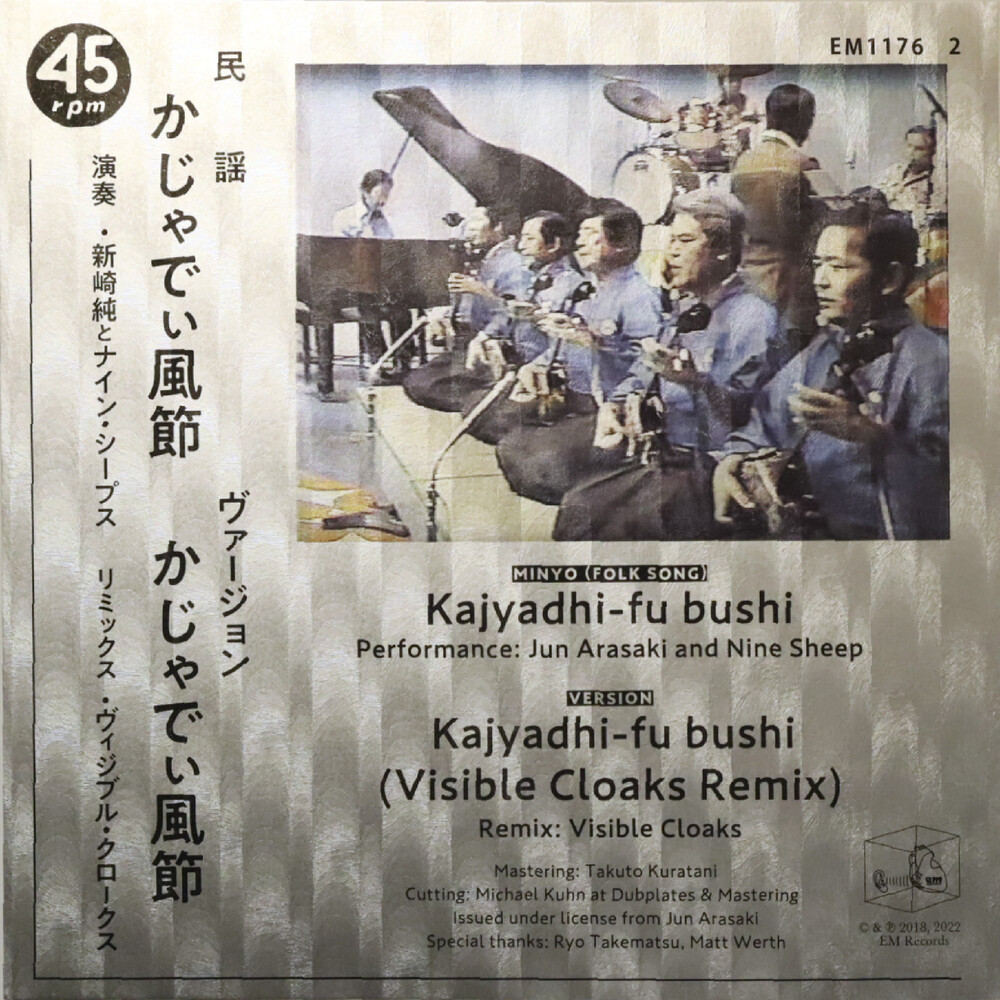 Printed on special paper embossed with matte silver aluminum foil. Please consider the jacket illustration as an image as the texture of the original cannot be reproduced graphically. The disc is a translucent colored disc with the image of the Okinawa sun.A charming set of double transformations on this 7 inch. "Kajyadhi Fu Bushi" is a traditional Ryukyu minyo (Okinawa folk song), a joyous celebratory classic which is usually sung at weddings, with lyrics describing how "beautiful buds unfold", using the distinctive Ryukyu/Okinanwa pentatonic scale. Typically performed by a small ensemble of a singer accompanied by sanshin, the Okinawan precursor to the shamisen, the A-side is has been transformed by jazz musician and conductor Jun Arasaki and his group Nine Sheep, with five sanshin, four winds, piano, guitar, bass, percussion and drums. Played only once, unrehearsed but perfect in execution, for a 1976 TV broadcast, this release has been taken from the only recording in existence. The B-side is yet another transformation, a remix by the Portland "fourth world" duo Visible Cloaks. Digital version is also available.