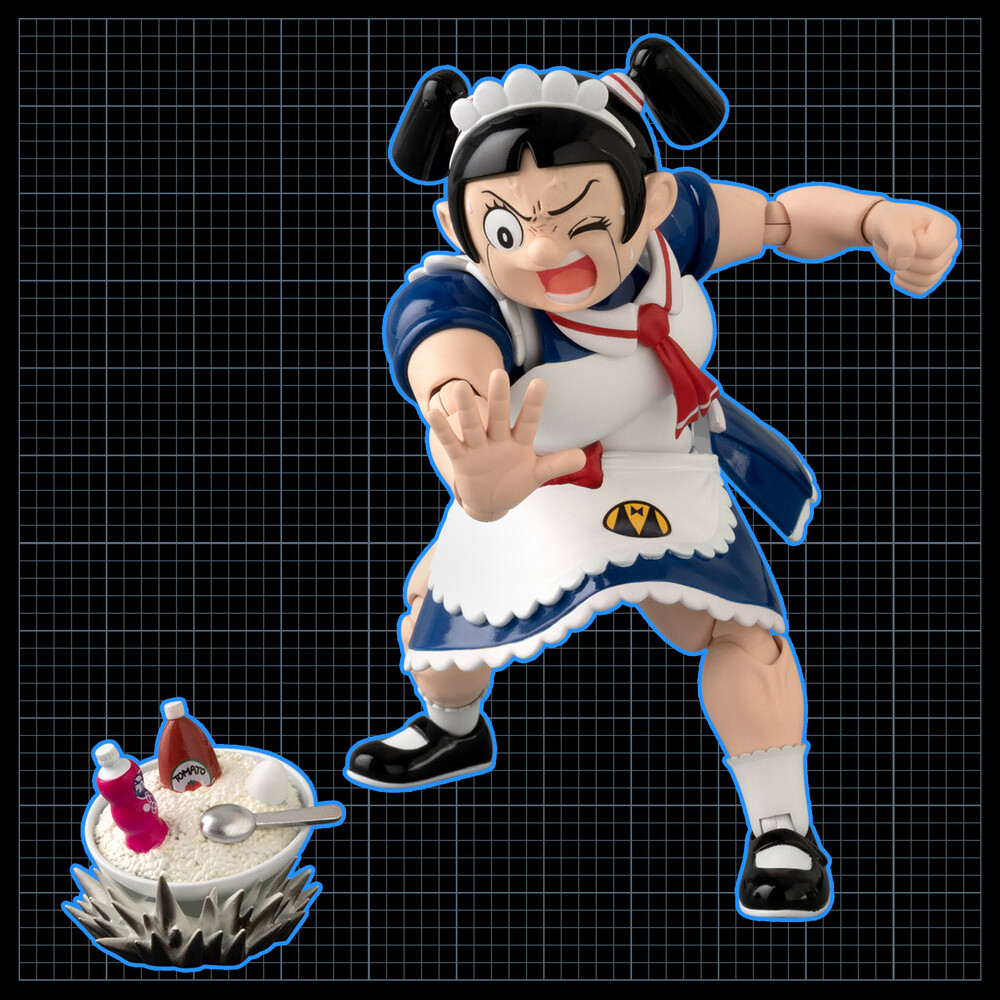 From the controversial manga that created a buzz!

From the ongoing popular manga series published in the Weekly Shonen Jump magazine "Me & Roboco" comes a diecast toy of the most powerful maid robot ever, Roboco! Diecast parts are used in the knees and shoulders as befits her "Steel Roboco" moniker.

Facial parts and other optional parts are included as well to recreate a variety of entertaining scenes appeared in the manga. Create and enjoy your own Roboco world!

DX ver. Includes even more additional accessories as seen in the series!