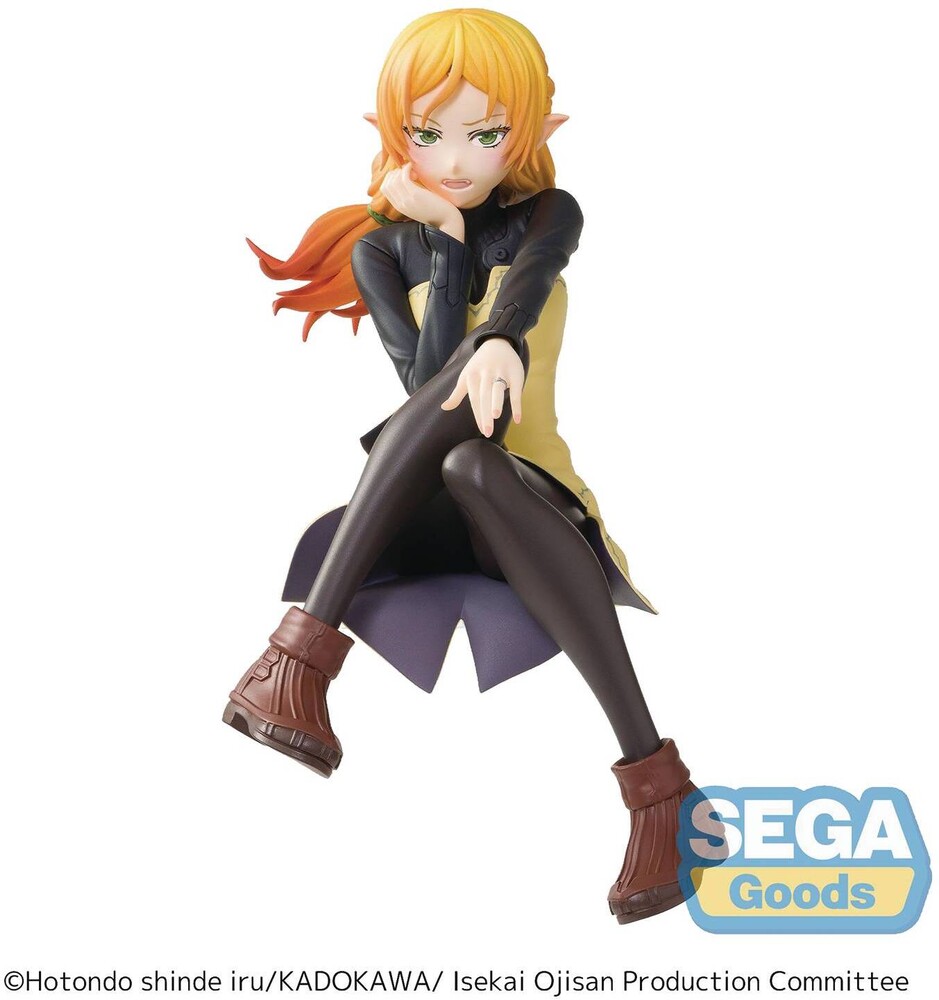 From Uncle from Another World, the tsundere girl Elf comes to life as a Perching PM statue from SEGA!

Elf is a recurring character from the anime series, Uncle from Another World. She was rescued by Yousuke, also known as Uncle, and has developed a crush on him. During the time Yousuke was in a coma, the term of tsundere was popularized so he doesn't understand Elf's tsundere tendencies but instead thinks she's constantly harassing hm.

Measuring about 5.5" tall, this perching statue features a sitting pose that's ideal for display on the edge of any shelf or desk.