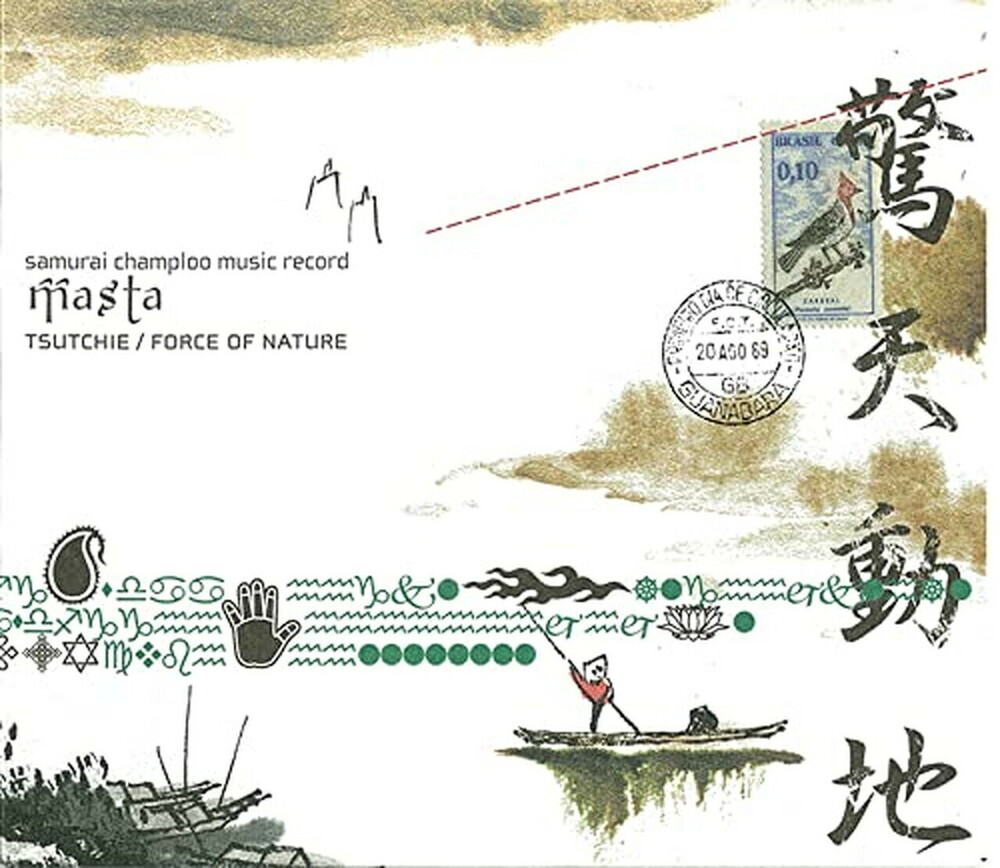 Samurai Champloo music by Nujabes, Fat Jon, Force Of Nature, and Tsutchie will be reissued and will be the first time available on vinyl in limited edition 4 titles series!'Samurai Champloo' was aired on TV in 2004. Directed by Shinichiro Watanabe, the film is a combination of historical drama and Hip Hop elements, and it's innovative visuals and music have captivated not only anime fans but also Hip Hop freaks, making it a groundbreaking work at the time that is still highly regarded in Japan and abroad. Watanabe, who is known for his deep knowledge of music, selected the following artists for this film: Nujabes, a rare trackmaker who rocked the scene with his lo-fi HipHop and later created many followers in Japan and abroad; Five Deez, who has been active since the 00's, fat jon who has released an album as a solo artist which was produced by Nujabes, and more. The tracks made for 'Samurai Champloo' were released in 2004 as four CDs, 'Departure', 'masta', 'impression' and 'playlist'. These four CDs were released in 2004 and became a smash hit. After 18 years, these four CDs are now available in analog format. This is the first time each title has been released in analog format.