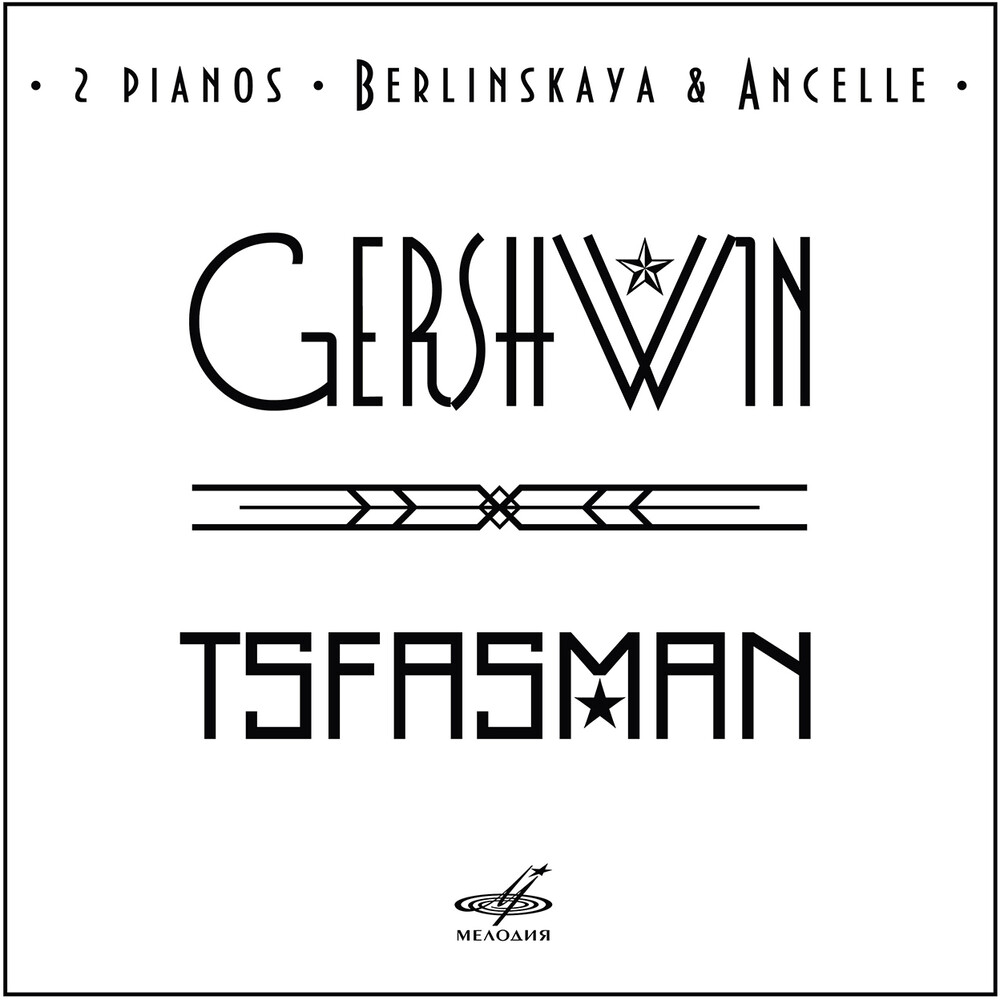 The new project of the Russian-French piano duo Ludmila Berlinskaya and Arthur Ancelle is dedicated to the luminaries of Soviet and American jazz. Popular songs by George Gershwin and Alexander Tsfasman arranged for two pianos alternate with the two composers' original compositions. "For us, this album is a real challenge: to succeed in creating a unique style, a mixture of jazz with classical music. We must preserve the pianism and virtuosity, the subtlety of writing, distribute the colors, the precision of the ensemble, as we do when we deal with the classical repertoire, and at the same time find the relaxedness, the swing, which is so unnatural for the classical pianists that we are..." Ludmila Berlinskaya and Arthur Ancelle. The choice of the program - a combination of two unequal (at first glance) names - may seem surprising to someone. "Gershwin was known everywhere... Gershwin did not even know about his [Tsfasman's] existence", the performers write in the liner notes to the album. But were they really so far from each other? Many of Gershwin's melodies were hits during his lifetime, but millions of people in this huge country hummed Tsfasman's tangos, songs and foxtrots in the 1930s. When we hear Gershwin's songs and preludes, Rhapsody in Blue, and Porgy and Bess, the question whether this music is "serious" or "light" drops. The program of the album is conceived in a way that at some point we stop noticing where Gershwin "ends" and where Tsfasman "begins."