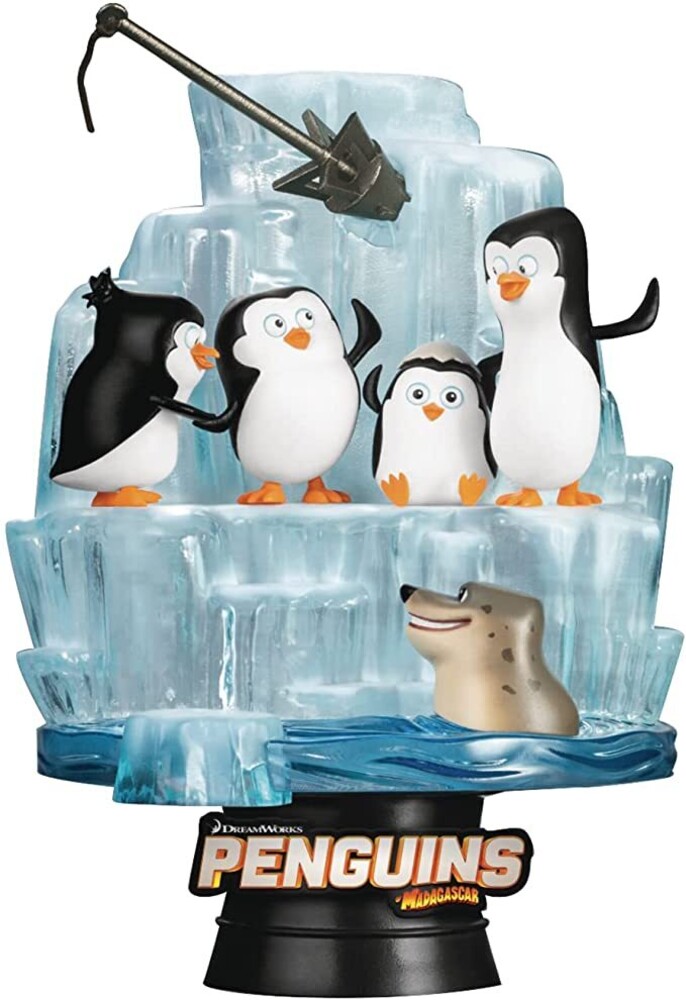 Beast Kingdom is proud to present this elite team of hilarious penguins from DreamWorks Animation's film Penguins of Madagascar as a new addition to the D-Stage series!

Skipper, Kowalski, and Rico are shown here on an iceberg in Antarctica, which they ended up on after being sent for a ride on a ship's harpoon launcher while saving an egg from hungry seals. Private hatched shortly after, and he is depicted with a piece of shell on his head, as a hungry seal watches from below.

The vivid and detailed presentation will remind fans of this hilarious scene with a simple glance. Don't let this one pass you by!