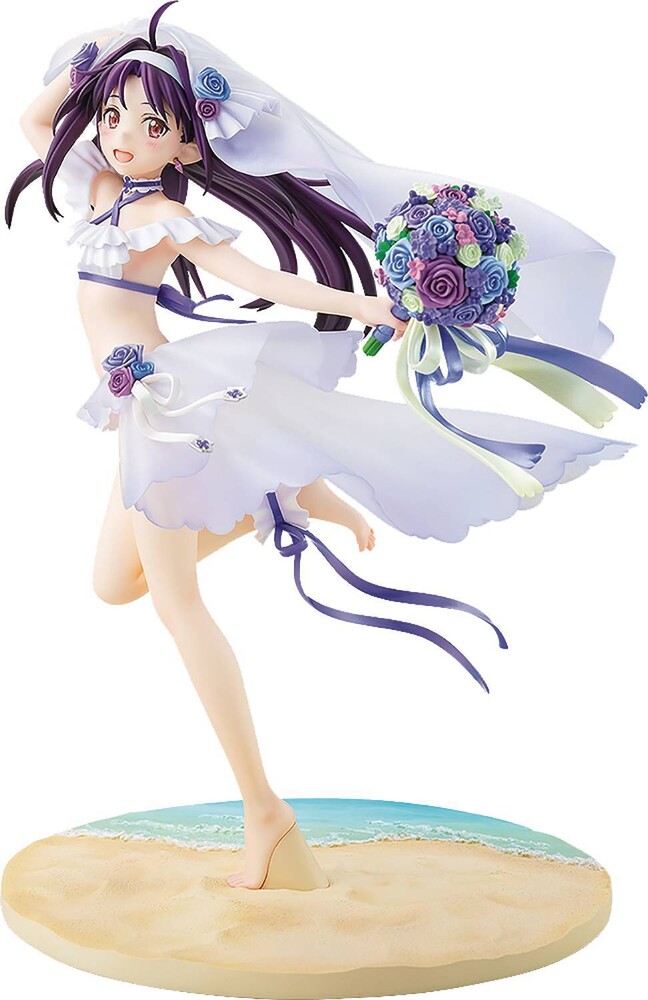 Following Asuna comes a scale figure of Yuuki, the second-place finisher in the figure creation poll!

In celebration of the 10th anniversary of "Sword Art Online", Dengeki G's Magazine created the SAO 10th anniversary Wedding series of merch and figures, and asked fans which characters they would like to see figures of in a special poll! Following Asuna comes a figure of the poll's second place finisher, Yuuki, based on a specially drawn illustration!

The original illustration of Yuuki holding a bouquet in her hand with an expression of absolute bliss on her face has been perfectly transformed into a scale figure. Her veil and skirt have been carefully recreated using pearl paint and translucent parts.

Be sure to display her with the previously released "Asuna Summer Wedding Ver."!

*Paintwork is done partially by hand and therefore final products may vary.