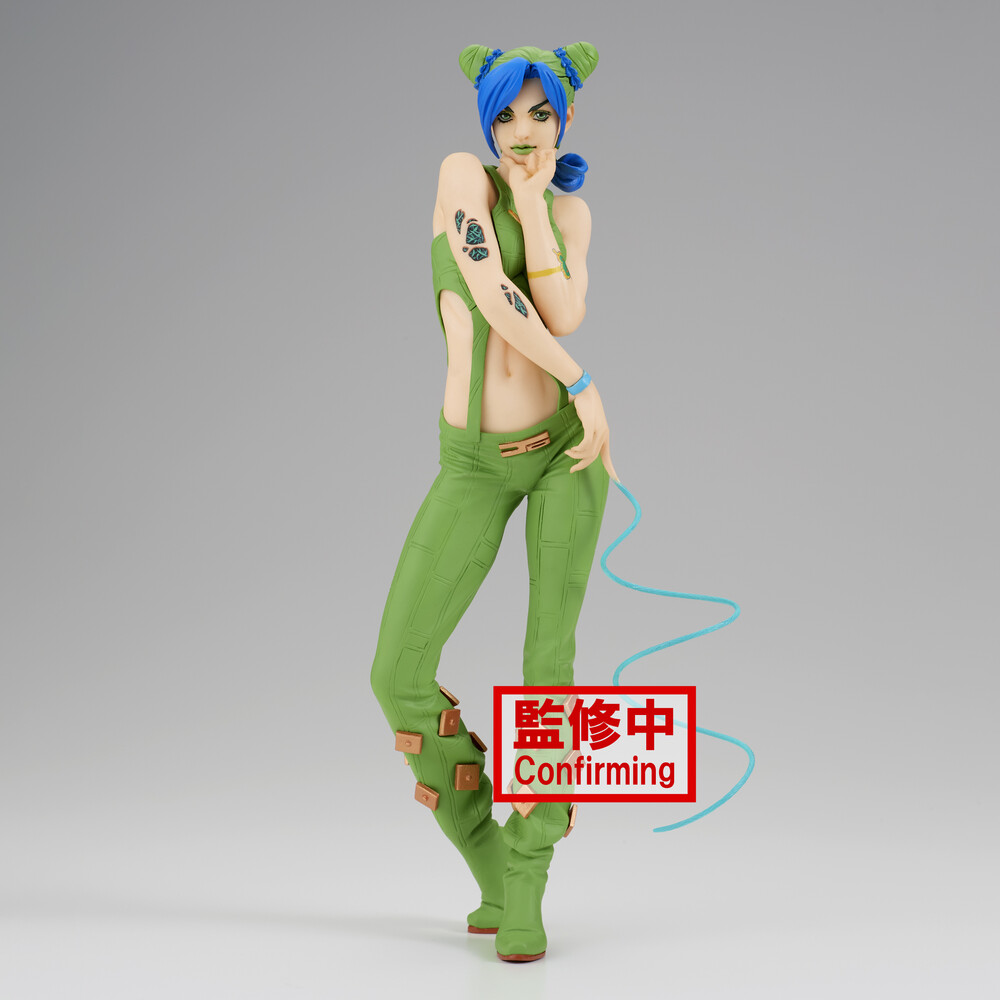 Jolyne Cujoh is the main protagonist in the sixth part of the Jojo's Bizarre Adventure series called the Stone Ocean.

She is the sixth JoJo in the series and is the daughter of an American woman and Jotaro Kujo.

While originally she was an ordinary girl. She is able to awaken her string-based Stand, called Stone Free, during her time in jail when she was framed for a DUI murder.

The Grandista line is Banpresto's large-scale and highest quality figure line. Featuring the hottest characters, they are perfect stars or starters for your collection!