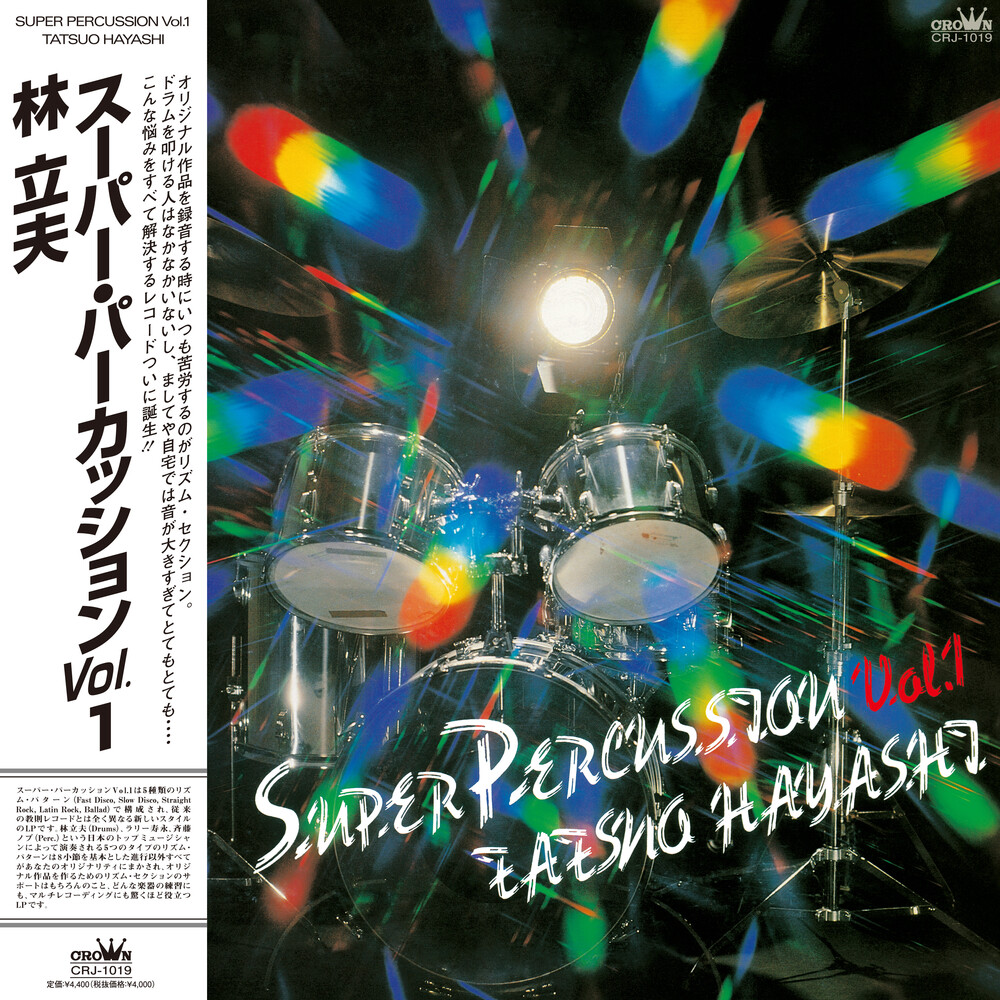 A highly coveted record! A reissue of instructional records by talented studio musicians!Super Percussion Vol.1 is the only solo album released by Tatsuo Hayashi, who played drums for Tin Pan Alley and Caramel Mama.This album, which has historically been famous as a drum break album by Japanese DJs, has an A-side that extracts only the rhythm section from drums to percussion, and a B-side that features a fusion instrumental mix of performances by Masaki Matsubara and Tsuyoshi Kon.The tight disco track, 'SUCHA ROCA' and the light mellow fusion funk track, 'HI-G', as well as the iconic beat collection on the record's A side, are recommended for track makers everywhere.