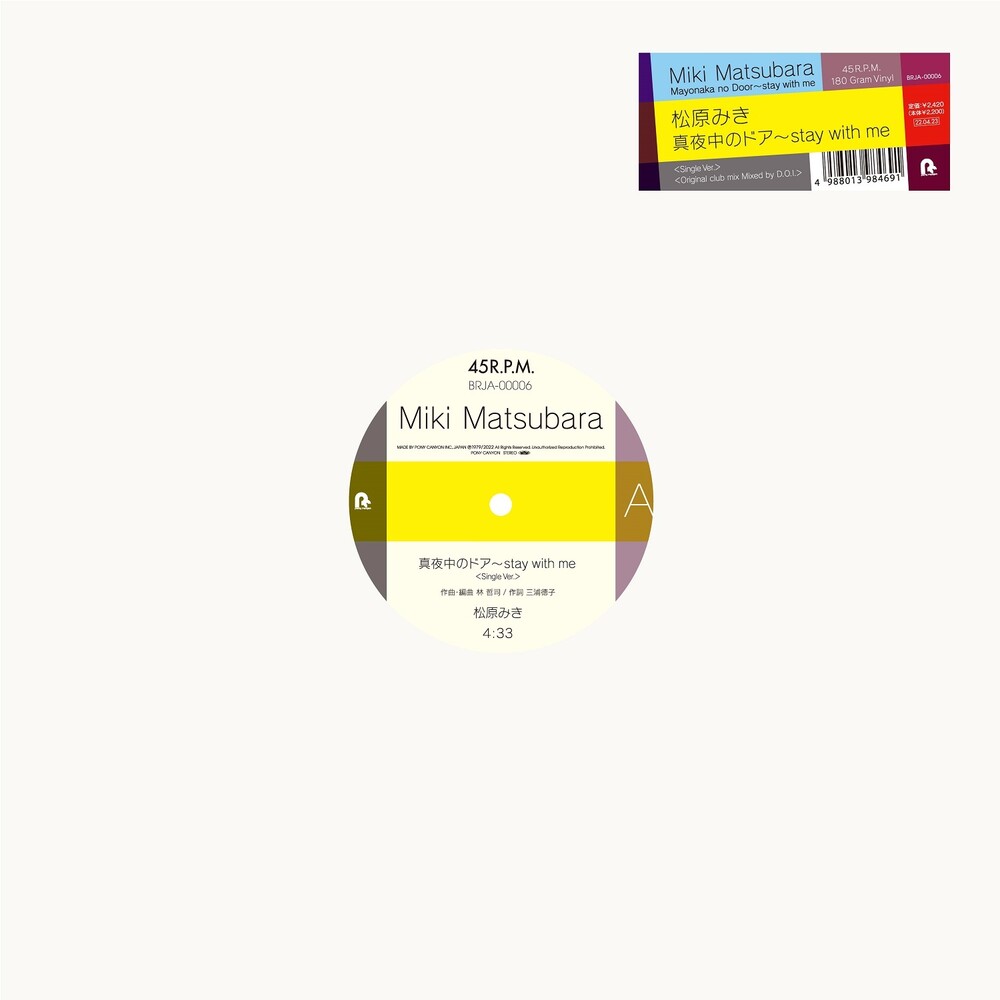 Miki Matsubara was born on the 28th of November 1959 in Osaka. She made her debut with the song 'Mayonaka no Door/Stay With Me' on the 5th of November 1979 and the song was a great hit. After just one month after her debut, she made a great success on her first concert at Hotel Mielparque Tokyo Hall on the second of December 1979 and at Orix Theater on the 15th of January 1980. Her first Album 'POCKET PARK' which her fans awaited at the time was released on the 21st of January in 1980. The album ranked 13th on Japanese music charts. Her 5th Single 'Neat na Gogo 3 ji' was released on the 5th of February 1981 and was used for the spring campaign song for the cosmetic company Shiseido. The song also became a great hit. She worked and was successful as a composer but unfortunately, she passed away young due to illness.