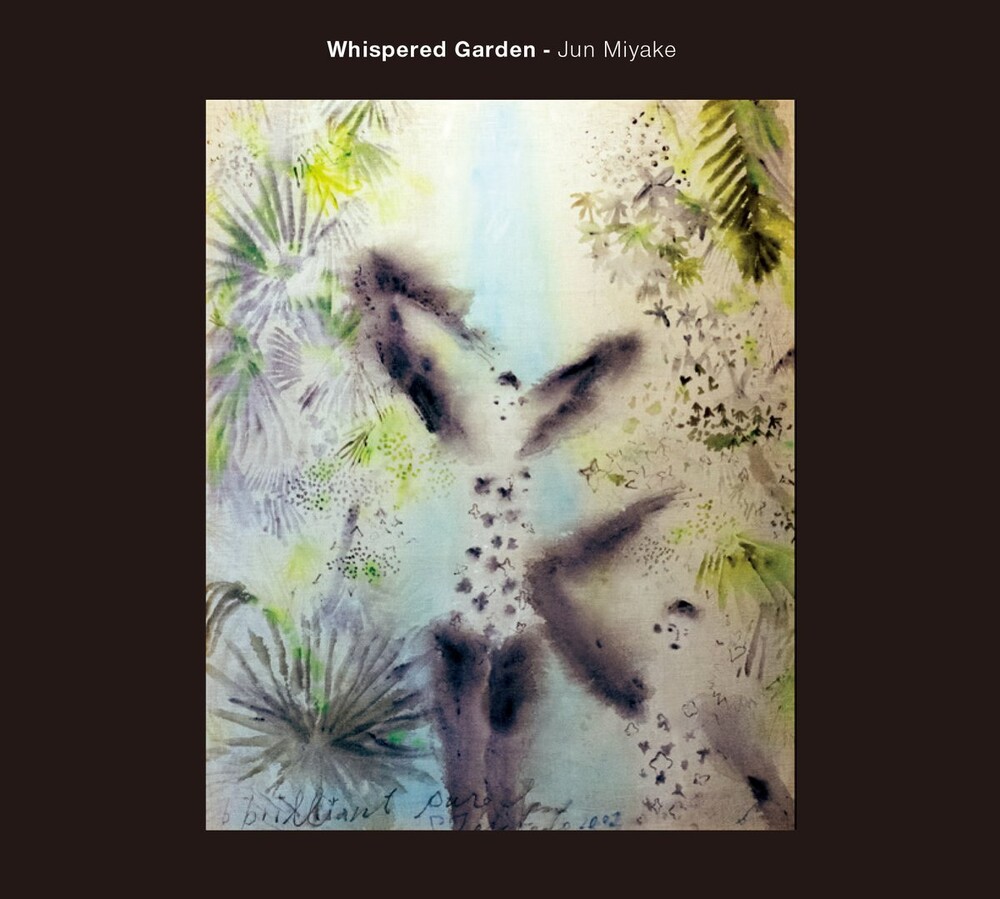 Paris, Tokyo, New York, Rio de Janeiro, Toronto, Barcelona and Sofia are the world-hopping locations that sew together the shared space of Whispered Garden, the latest album from composer Jun Miyake. Recorded in the middle of the global pandemic - in a trend not unique to this project - Miyake and his collaborators found themselves in isolation looking for ways to continue their respective work in safety. With the assistance of modern connectivity, and a group united by the visionary jazz frameworks of Miyake, P-VINE is delighted to be releasing his first album in four years since 2017's Lost Memory Theatre - Act Three.Long-term collaborator Lisa Papineau returns on several tracks starting with "Hollow Bones, " where her high range glides like a siren above poised harp playing from Constance Luzzati, programming samples from Miyake, and string and woodwind sections fanning the neo-classical flames of the fantastical piece. Arto Lindsay returns on "Farois Distantes, " with sparks flying from his guitar effects box at the Latin rhythms of Vinicius Cantuária's scene-setting bossa nova guitar, and Singer-songwriter Bruno Capinan's delicate wide-strokes of vocal expression.A Jun Miyake album would also be unrecognisable without it's jazz roots, and Miyake brings out his trademark flugelhorn on many a track. "1979" takes one step into a golden era of spiritual Jazz with the other at the mercy of the shared lead solos by Miyake and the prophetic soprano sax of David Liebman. In support, bassist Hitoshi Watanabe and the steady hands of Hideo Yamaki on drums provide a solid backing line as they do across many of these tracks. Kyoko Katsunuma, Cosmic Voices from Bulgaria, Arthur H and Dhafer Youssef are just some of the other names to lend their hand to the vast inner works of this ambitious project.Discovered by the Japanese legend Terumasa Hino, Jun Miyake began his career as a Jazz trumpeter graduating from Berklee College of Music. Upon his return to Tokyo, he became an influential artist and successful composer beginning with his 1983 debut JUNE NIGHT LOVE, and to date has released 16 solo albums. He has composed for films, documentaries, advertisement, theatre pieces, and served as a producer for numerous artists.Miyake has won many awards at Cannes Advertisement Film Festival and the Digital Media Grands Prix after working on over 3, 000 TV commercials. He has closely worked with Pina Bausch, Wim Wenders, Robert Wilson, Oliver Stone, Jean-Paul Goude, Philippe Decoufle, Joseph Cedar, etc. As well as collaborations with artists such as Hal Willner, Arto Lindsay, Peter Scherer, Arthur H, Vinicius Cantuaria, Cosmic Voices from Bulgaria, David Byrne, Grace Jones, Gavin Friday, Ron Carter, Michael Brecker, and many others.