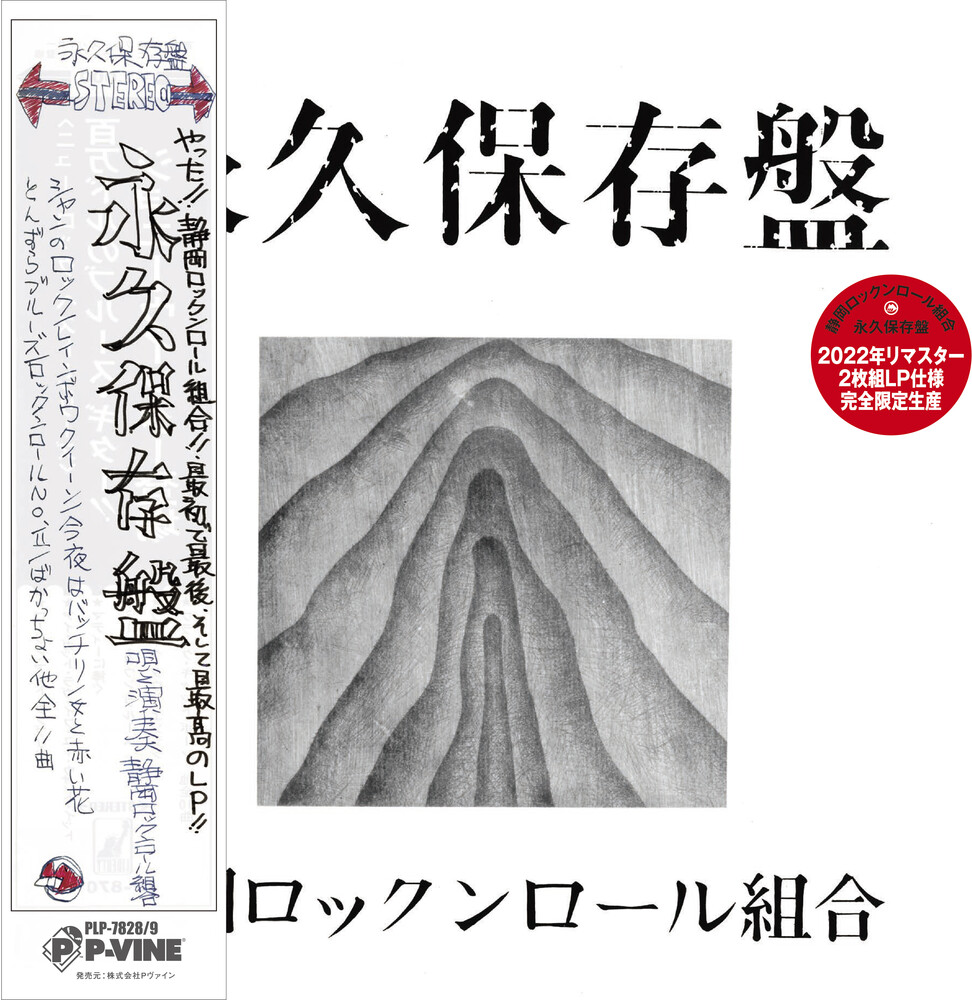 "I am the Shizuoka Mick Jagger" snarls the lead singer of Shizuoka Rock'n'Roll Kumiai on opening track 'Schon No Rock' of their only LP Eikyu Hozonban. The year was 1973, and this band of energetic high school students from Shizuoka prefecture - a sunny region nestled along the coast south of Tokyo - were summoning a storm. As with other groups of their generation such as Flower Travellin' Band and Happy End, the influence of western records from the 60s in their sound is undeniable, but like the aforementioned bands, it would be wrong to measure their sound by how much they achieve likeness with other acts. What we have on this first ever double LP reissue are eleven tracks of uncompromising DIY spirit and outspoken Japanese youthful revolt. When the singer's not Mick Jagger, he's a slurring Bob Dylan impersonator act on bluesy 'Rainbow Queen,' balancing confidently on trippy slide guitars. 'Okane Ga Ichiban' starts off like a Small Faces garage rock number that progressively takes a turn for the weird as harsh vocal harmonies haunt the background, and the singer falls under the spell of his yelping desires for money. 'Onna to Aka' with it's acid guitars and pulsing primitive drum-machine-like percussion falls somewhere between Suicide and Chrome, and it's sudden eruptions of percussion are addictively poised. P-VINE is thrilled to reissue Eikyuu Hozonban on limited edition vinyl with an iconic Japanese obi-strip, and bring back the booming creative underground of 70s Japan.