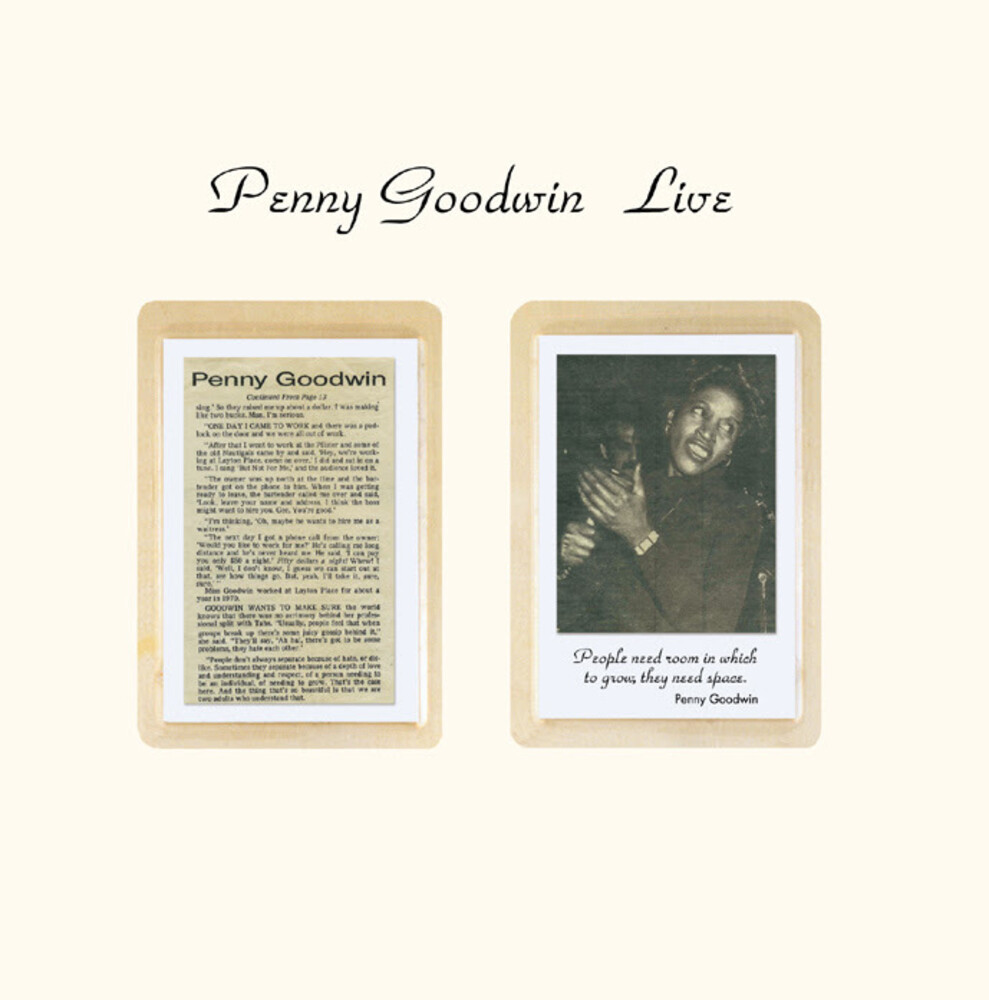 We're not called Groove Diggers for nothing! This previously undiscovered live recording was first uncovered by the Groove Diggers team in 2004, and issued on a CD - it's taken 18 years, but this essential live recording is finally getting an analog release! Much like her studio album, "Portrait of a Gemini", "Live" contains a collection of covers; from the Aretha Franklin penned "Day Dreaming", to Marvin Gaye's legendary "What's Goin' On". A lesser singer may be intimated by the immensely popular songs, but Goodwin sounds as light as a feather, her iconic vocals soaring freely above the sparse sounds of the jazz trio backing her. What this record may lack in studio finesse, it more than makes up for in intimacy. The clinking of glasses, the chattering of the audience, the unplanned mmhmm's of approval. Close your eyes and you'll be able to picture the dark, smoky club in which this album was recorded. This essential live album from Penny Goodwin is finally available on limited edition vinyl. With modern remastering and one of our iconic Obi-strips, this album has never looked or sounded better!