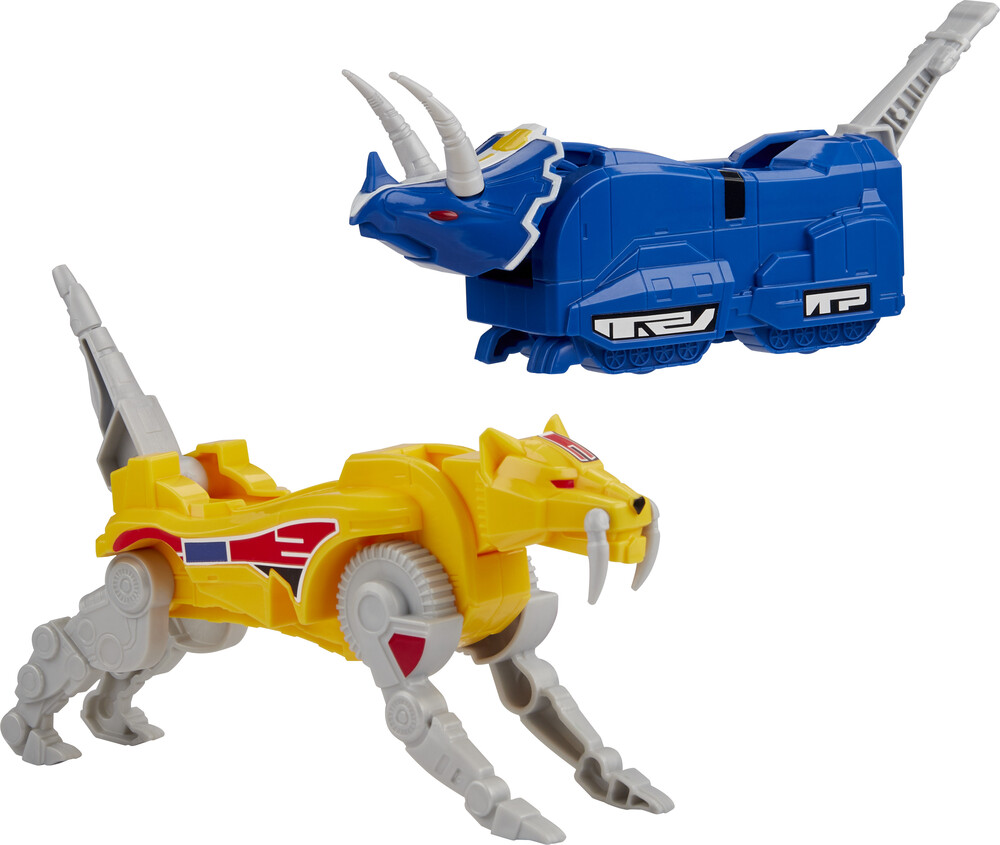 The Sabertooth Tiger and Triceratops Dinozords carry the Mighty Morphin Blue and Yellow Rangers into battle to protect the Earth! Kids can imagine the Blue Ranger and Yellow Ranger blasting into battle and joining their teammates to form the Dino Megazord! (Other figures each sold separately. Subject to availability.)

INSPIRED BY MMPR: The Mighty Morphin Blue and Yellow Rangers call upon their powerful Zords to battle their giant-sized enemies