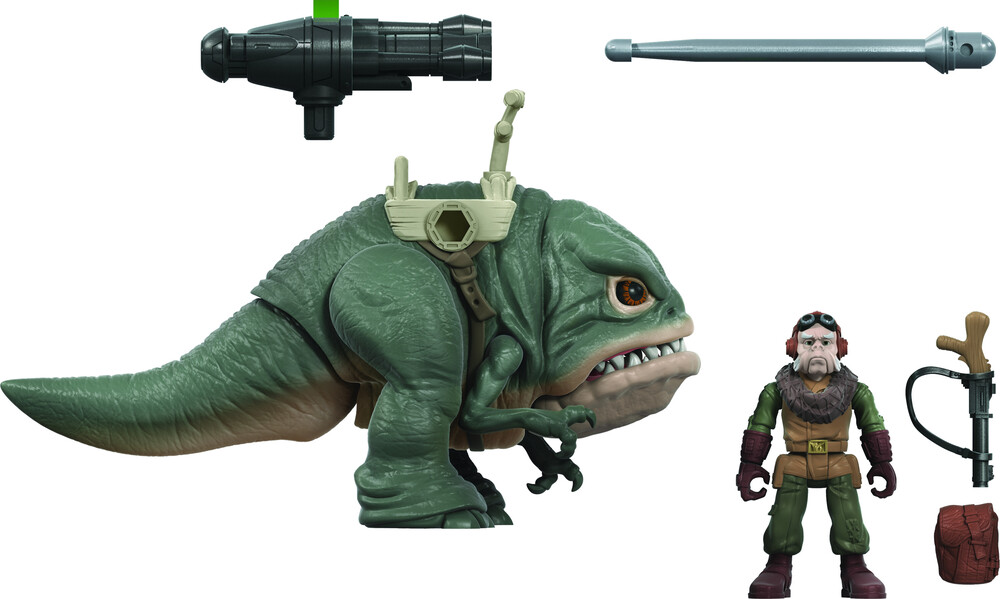 A vapor farmer on Arvala-7, Kuiil came to seek peace in an out of the way world, which is now being trespassed upon by criminals and mercenaries.

Speedy runners, the freedom fighters of Ryloth used blurrgs as a means of transportation during missions. On one instance, they proved to be a match for Imperial speeder bikes, both in velocity and power.

KUIIL: A vapor farmer on Arvala-7, Kuiil came to seek peace in an out of the way world, which is now being trespassed upon by criminals and mercenaries

BLURRG: Blurrgs are two-legged beasts of burden found on a number of worlds in the galaxy. Stoic and strong, they are used for everything from agricultural labor to war, carrying Twi'lek guerrillas and Clone Troopers into battle

BLURRG BATTLE CHARGE: Boys and girls ages 4 and up will love imagining exciting battles over the mysterious alien known as the Child with the Blurrg Battle Charge action figures, featuring an opening Blurrg mouth and a repositionable projectile launcher

THE MANDALORIAN SERIES-INSPIRED DESIGN: This 2.5-inch-scale Kuiil figure features multiple points of articulation and design and detail, inspired by the live-action Disney Plus series

COLLECTIBLE TOYS: Look for other Star Wars Mission Fleet figures and vehicles to collect, swap with friends, or give as gifts (Each sold separately. Subject to availability.)