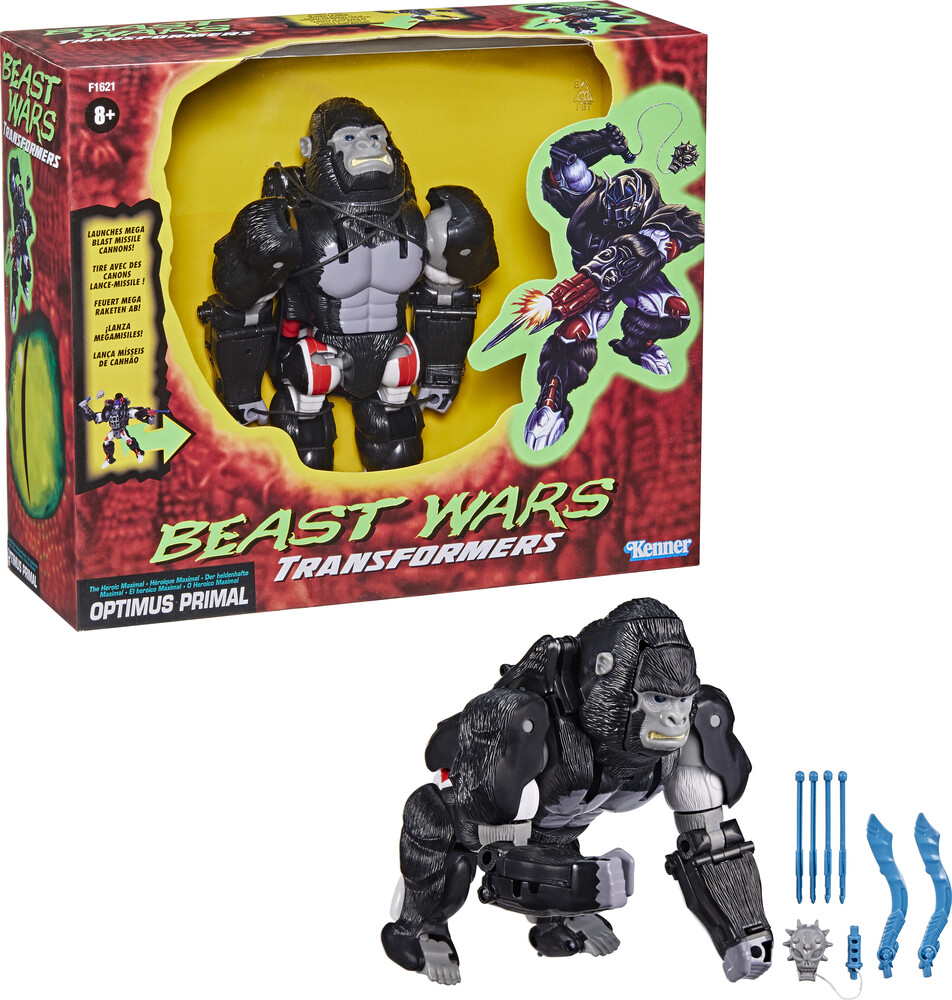 Optimus Primal has biogenetically re-engineered his body structure into a gargantuan robotic gorilla! Cybernetically fused musculature has enhanced strength to super-powered levels. Shoulder-mounted, mega-blast missile cannons launch devastating attacks upon foolish Predacon invaders. When they force him to fight, they force him to win!

Clip out and save the on-box tech specs to share, then see how this figure stacks up against other heroic Maximals and evil Predacons (each sold separately).

RE-CREATION OF THE ORIGINAL BEAST WARS DESIGN: This vintage Beast Wars Optimus Primal figure is inspired by the original 1996 Beast Wars release, including his flip-down mutant head and the switch on the back of the figure that triggers chest-beating gorilla arm action!