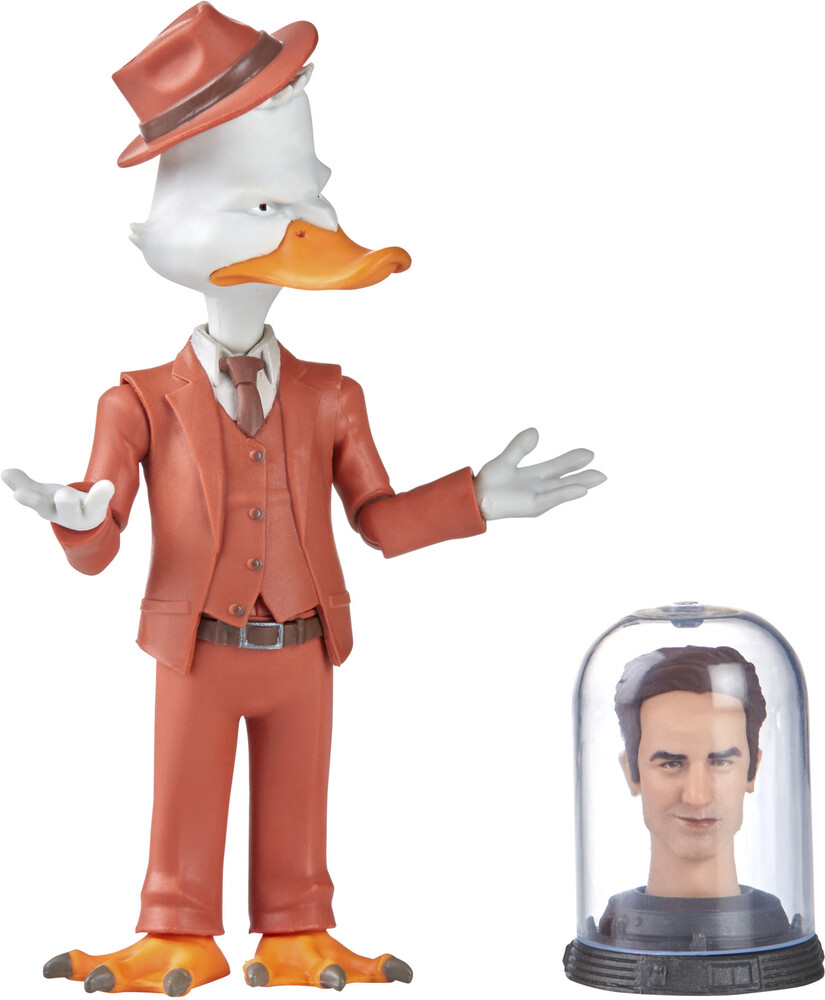 When an alternate Thor turns earth into an intergalactic tourist destination, Howard the Duck arrives to join in the festivities.

INSPIRED BY MARVEL'S WHAT IF ON DISNEY PLUS: This Howard the Duck figure features deco showcasing the character's appearance as seen in Marvel Studios' What If? on Disney Plus!

A HEAD OF THE GAME: This Marvel Legends Howard the Duck figure includes a truly singular accessory: Scott Lang's head, as seen in the zombie episode of Marvel Studios' What If?

INCLUDES BUILD-A-FIGURE PART(S) (KHONSHU): Each Marvel Legends Disney Plus figure includes at least one Build-A-Figure piece. Collect all the figures to assemble an additional figure (Additional figures each sold separately. Subject to availability.)