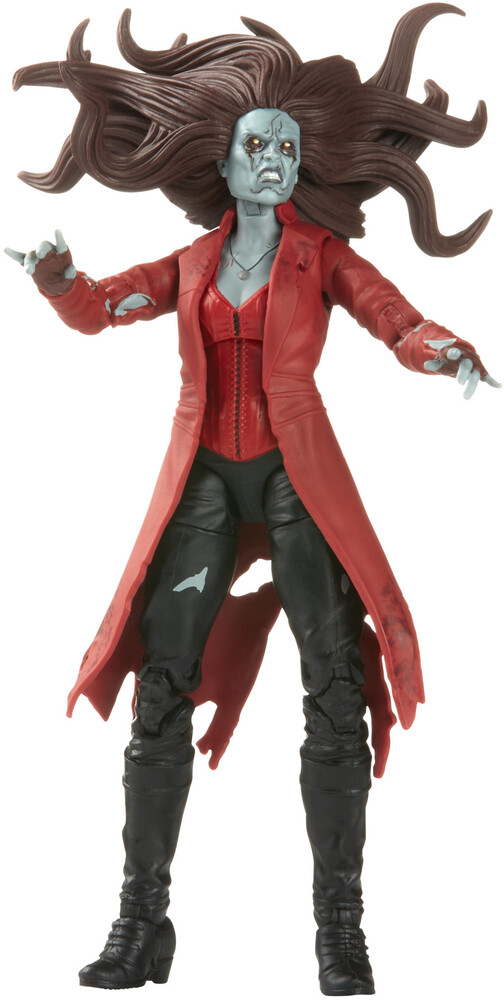 Infected by the zombie virus sweeping the globe, Wanda Maximoff is kept in captivity by her former lover, the Vision.

INSPIRED BY MARVEL'S WHAT IF ON DISNEY PLUS: This Zombie Scarlet Witch figure features deco showcasing the character's appearance as seen in Marvel Studios' What if? on Disney Plus!

PREMIUM ARTICULATION AND ACCESSORIES: This Zombie Scarlet Witch figure includes blast FX accessories for the figure's hands to simulate Wanda's using her powers even in her zombie form!

INCLUDES BUILD-A-FIGURE PART(S) (KHONSHU): Each Marvel Legends Disney Plus figure includes at least one Build-A-Figure piece. Collect all the figures to assemble an additional figure (Additional figures each sold separately. Subject to availability.)