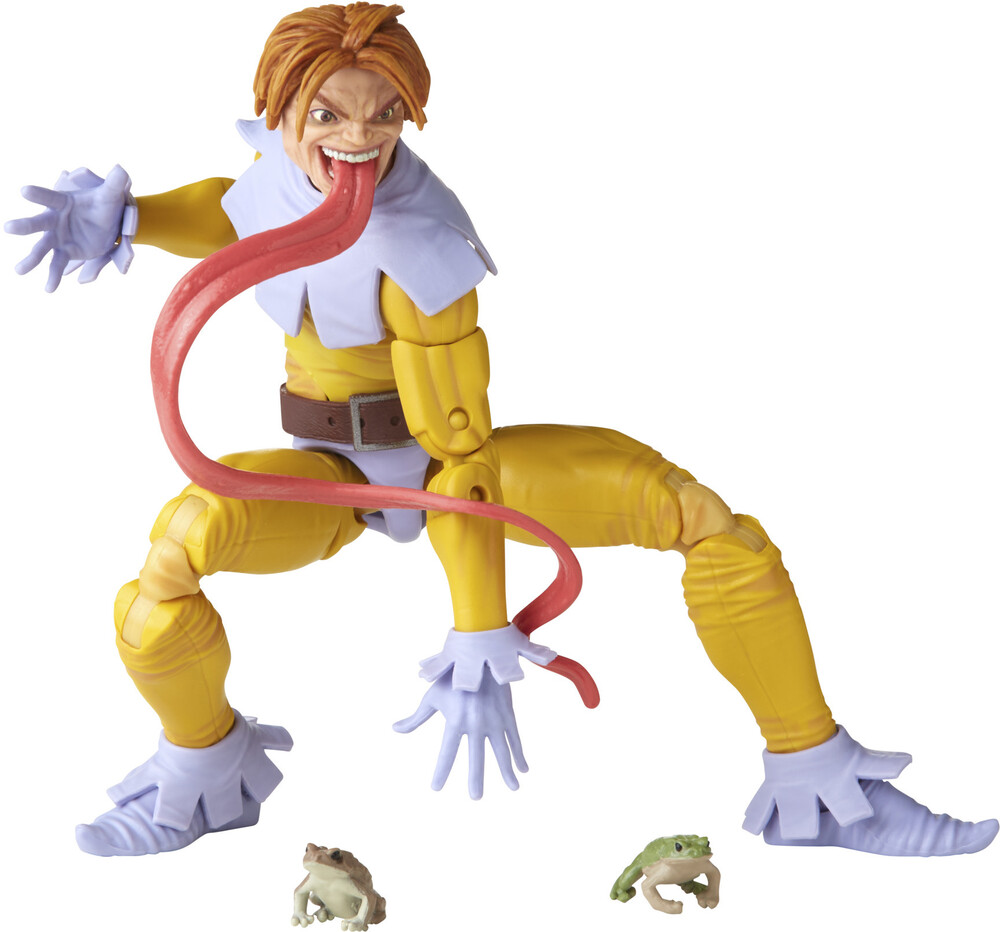 PREMIUM ACCESSORIES AND BACKDROP: The Series 1 Marvel's Toad figure comes with 5 accessories, including alternate head with his signature mutant tongue, and a comics-inspired reversible backdrop and stand for display!