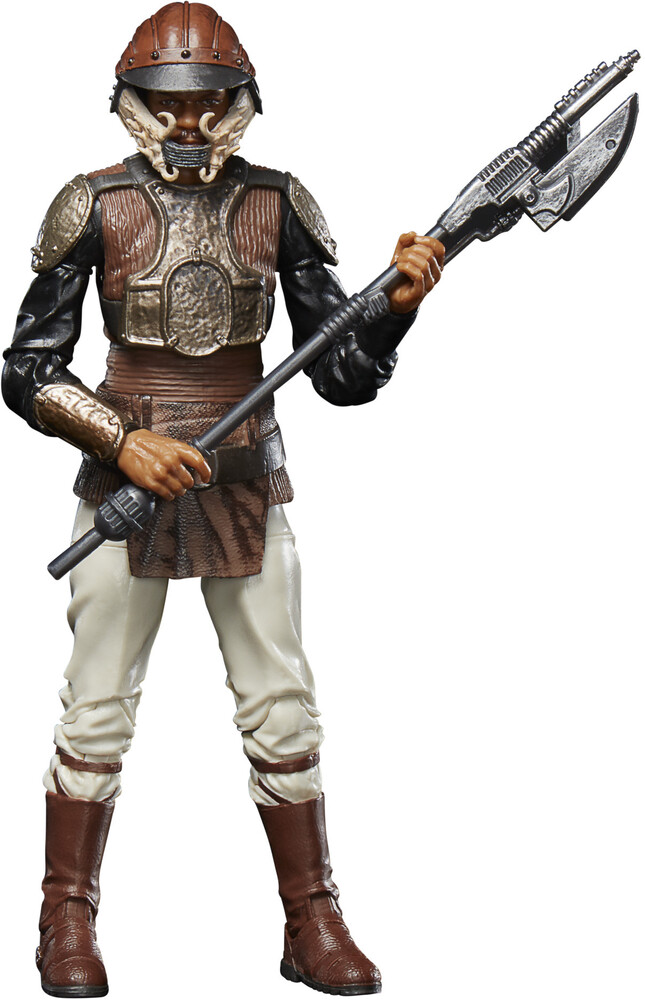 Lando Calrissian changed from a schemer to a leader. When his old friend Han was held captive by Jabba the Hutt, Lando joined Princess Leia in a mission to rescue him

Kids and collectors alike can imagine the biggest battles and missions in the Star Wars saga with figures from Star Wars The Black Series! With exquisite features and decoration, this series embodies the quality and realism that Star Wars devotees love. Star Wars The Black Series includes figures, vehicles, and roleplay items from the Star Wars Galaxy, including comics, movies, and animated series. (Additional products each sold separately. Subject to availability.)

The 6-inch-scale Black Series figure is detailed to look like the Lando Calrissian (Skiff Guard) character from Star Wars: Return of the Jedi, featuring premium detail and multiple points of articulation.

LANDO CALRISSIAN (SKIFF GUARD): Lando changed from a schemer to a leader in the fight against the Empire. When Han was held captive by Jabba the Hutt, Lando joined Princess Leia in a rescue mission

MOVIE -BASED CHARACTER-INSPIRED ACCESSORIES: This Star Wars The Black Series action figure comes with 2 entertainment-inspired accessories that make a great addition to any Star Wars collection

FIND OTHER FIGURES FROM A GALAXY FAR, FAR AWAY: Find movie- and entertainment-inspired Star Wars The Black Series figures to build a Star Wars galaxy (Each sold separately. Subject to availability)

PREMIUM ARTICULATION AND DETAILING: Star Wars fans and collectors can display this fully articulated figure featuring poseable head, arms, and legs, as well as premium deco, in their collection