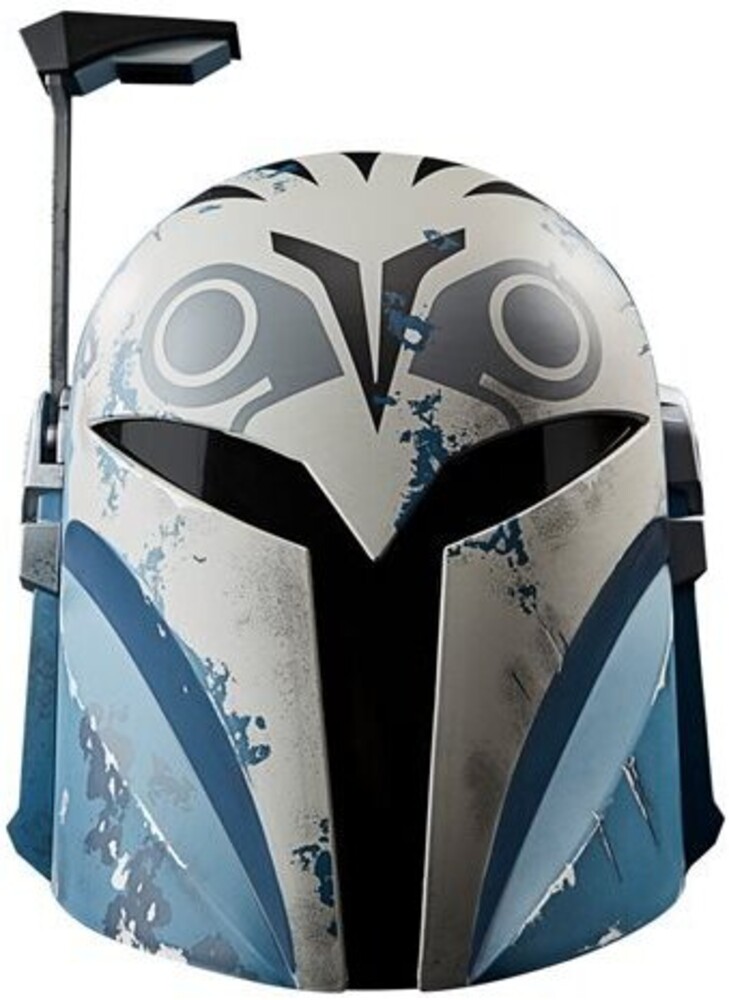 Bo-Katan Kryze has been fighting for the future of Mandalore since the Clone Wars. She wears armor that has been in her family for generations. The last of her line, she leads a team of Clan Kryze Mandalorians striking back at the Imperial remnant

Fans can imagine the biggest battles and missions in the Star Wars saga with premium roleplay items from Star Wars The Black Series! This roleplay item with premium deco, realistic detail, and series-inspired design is a great addition to any Star Wars fan's collection. Featuring a flip-down rangefinder with flashing LED lights and an illuminated heads-up display (HUD), fans can imagine what it was like for Bo-Katan Kryze to suit up for galactic action!

BO-KATAN KRYZE: Bo-Katan Kryze wears armor that has been in her family for generations. The last of her line, she leads a team of Clan Kryze Mandalorians striking back at the Imperial remnant

ILLUMINATED RANGEFINDER HEADS-UP DISPLAY (HUD): With the press of a button the rangefinder drops down, activating 2 red LEDs that flash in a "hunting" pattern as well as a white LED-illuminated heads-up display (HUD)

STAR WARS: THE MANDALORIAN SERIES-INSPIRED DESIGN: Fans can imagine scenes from the Star Wars Galaxy with this premium roleplay helmet, inspired by the live-action series on Disney+

LOOK FOR OTHER ROLEPLAY ITEMS FROM A GALAXY FAR, FAR AWAY: Look for other entertainment-inspired Star Wars The Black Series roleplay items (Each sold separately. Subject to availability.)