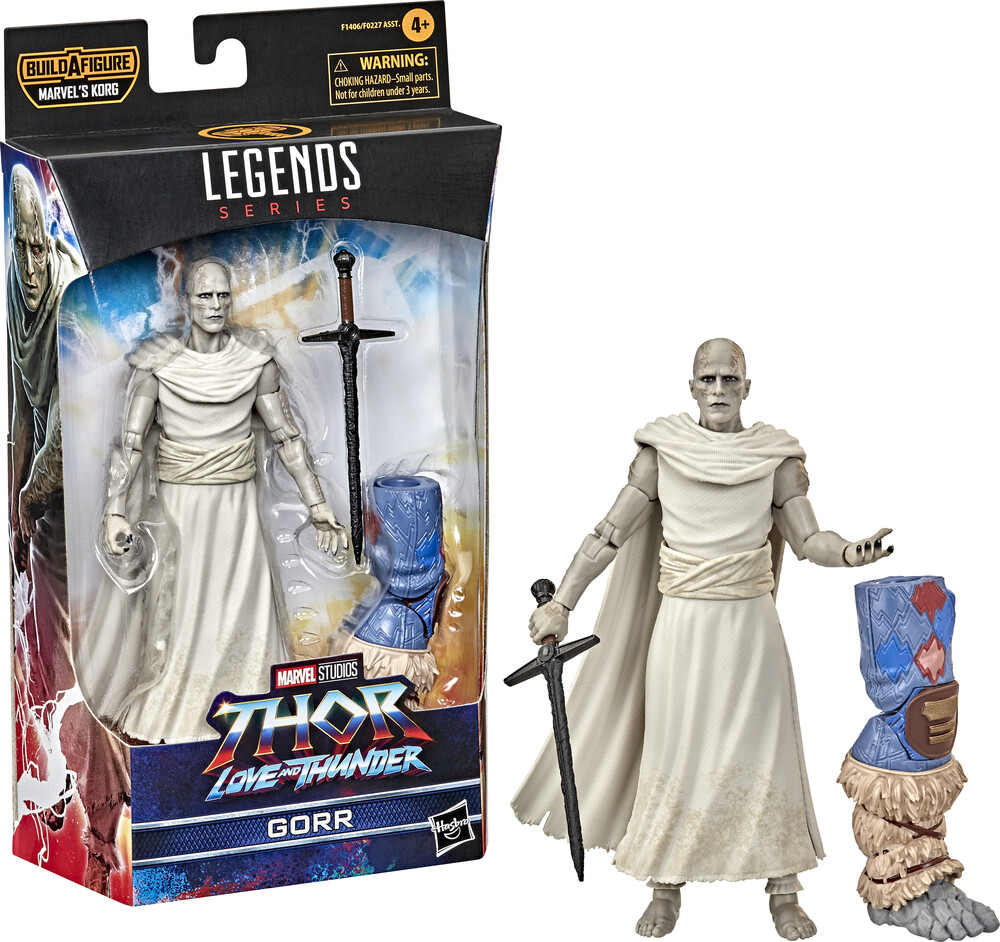 Wielding a powerful and terrifying weapon, Gorr will let nothing stand in his way.

INSPIRED BY THE MARVEL CINEMATIC UNIVERSE: This 6-inch scale Gorr figure features sculpting and deco inspired by his appearance in Marvel Studios' Thor: Love and Thunder

PREMIUM ARTICULATION AND ACCESSORIES: This 6-inch Legends Series Gorr figure features multiple points of articulation and movie-inspired accessories, including his weapon, the Necrosword!