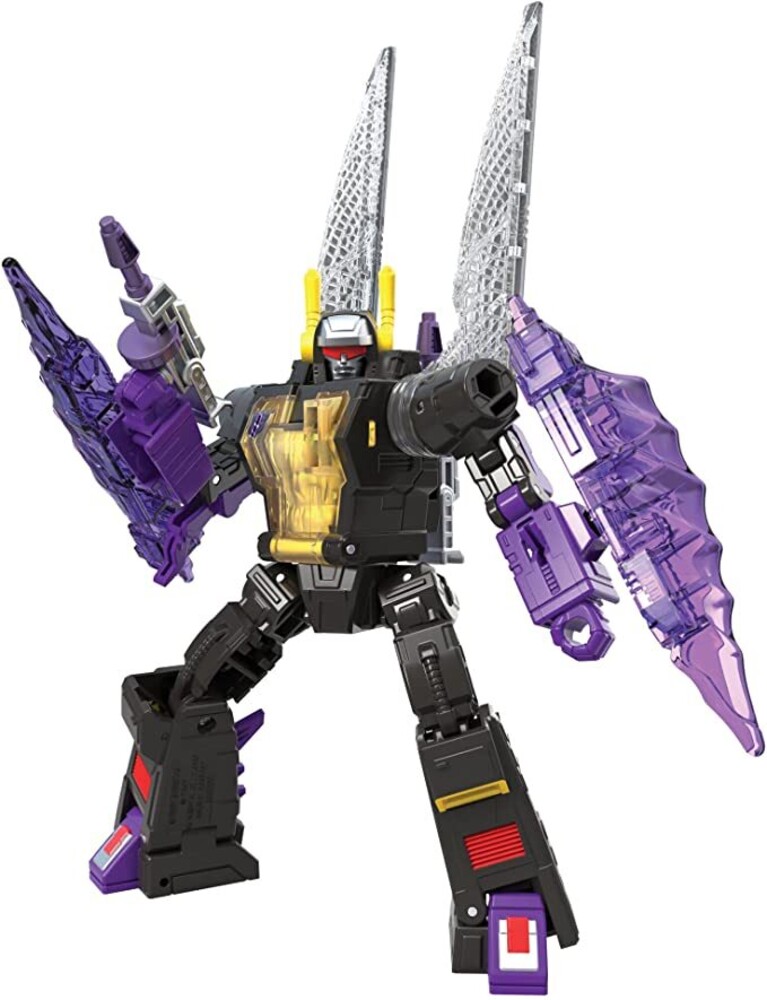 Harness the power of Energon with the Transformers: Legacy Deluxe Kickback robot toy! Kickback is an espionage expert, making allies only to manipulate them to further his own agenda.

TRANSFORMERS G1-INSPIRED DESIGN: This Transformers: Legacy 5.5-inch Kickback robot toy is inspired by the animated series, The Transformers, updated with a Generations-style design

HARNESS THE POWER OF ENERGON: Gear up with the most powerful substance on Cybertron, Energon! This Transformers Kickback figure comes with a 2 Energon blade accessories that attach in both modes