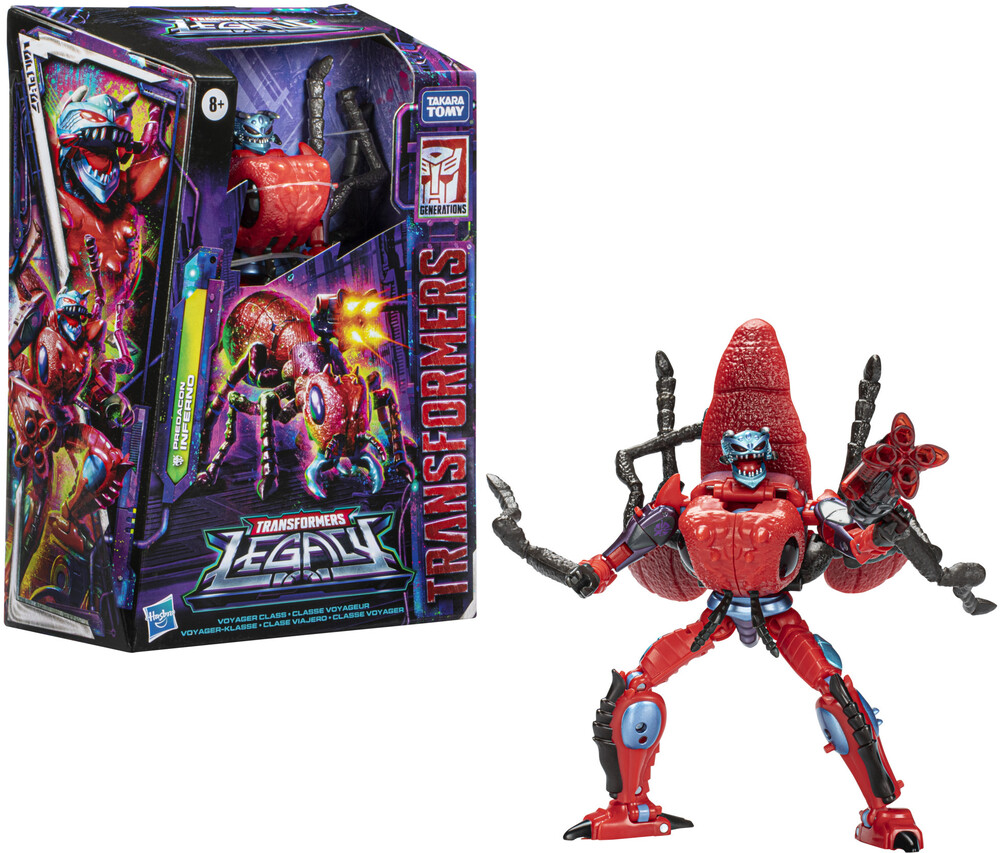 Harness the power of Energon with the Transformers: Legacy Voyager Predacon Inferno robot toy! Inferno lives to serve his colony and is relentlessly loyal to his queen.

HARNESS THE POWER OF ENERGON: Gear up with the most powerful substance on Cybertron: Energon! This Predacon Inferno figure comes with a blaster accessory that attaches with both modes