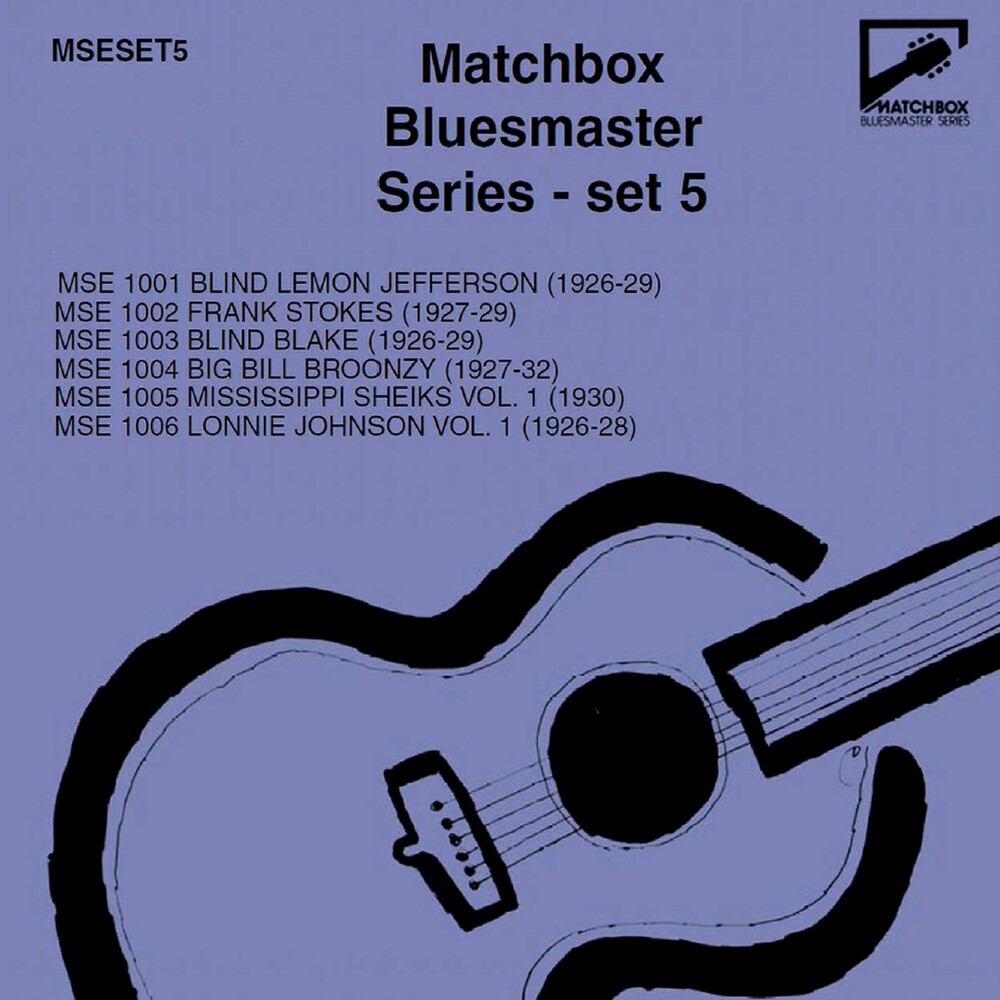 This release is volume five of the re release of the iconic Matchbox Bluesmaster LP series from the 1980s with extensive notes from world authority on the blues, Paul Oliver. In any history of the blues the name of Blind Lemon Jefferson has to be prominent. The raw and uncompromising sounds of the rural blues were first brought before a large public beyond the milieu of the singer, with the records of Blind Lemon. Though guitars had been commercially made and soldfor some time, they became extremely popular at the close of the nineteenth century, and the young Stokes was probably attracted to the new instrument, rather than to the banjo which was going out of fashion. Blind Blake was one of Paramount' s best sellers, and his considerable output compared with those of Papa Charlie Jackson and Blind Lemon Jefferson. Of the three he was musically the most varied, and though each was a marked individualist, he was probably the more instrumentally accomplished. There are few blues singers as extensively recorded, as widely respected in his day, or as consistently good as Big Bill Broonzy - or Big Bill, as he was simply termed on his 78 rpm records. Though we know very little about the black string bands that were active in the South in the first half of the century, our knowledge would be even more limited were it not for the records of two bands. The Dallas String Band has been the subject of a former compilation, the other, the band known as the Mississippi Sheiks, which was much more extensively recorded, is introduced here. There has been no blues singer to compare with Lonnie Johnson for diversity of experience and breadth of respect. As a recording artist he was one of the most popular of bluesmen, making a vast number of albums. His importance as a blues artist is without question, not only as a singer and guitarist, but also as an influence on his contemporaries.