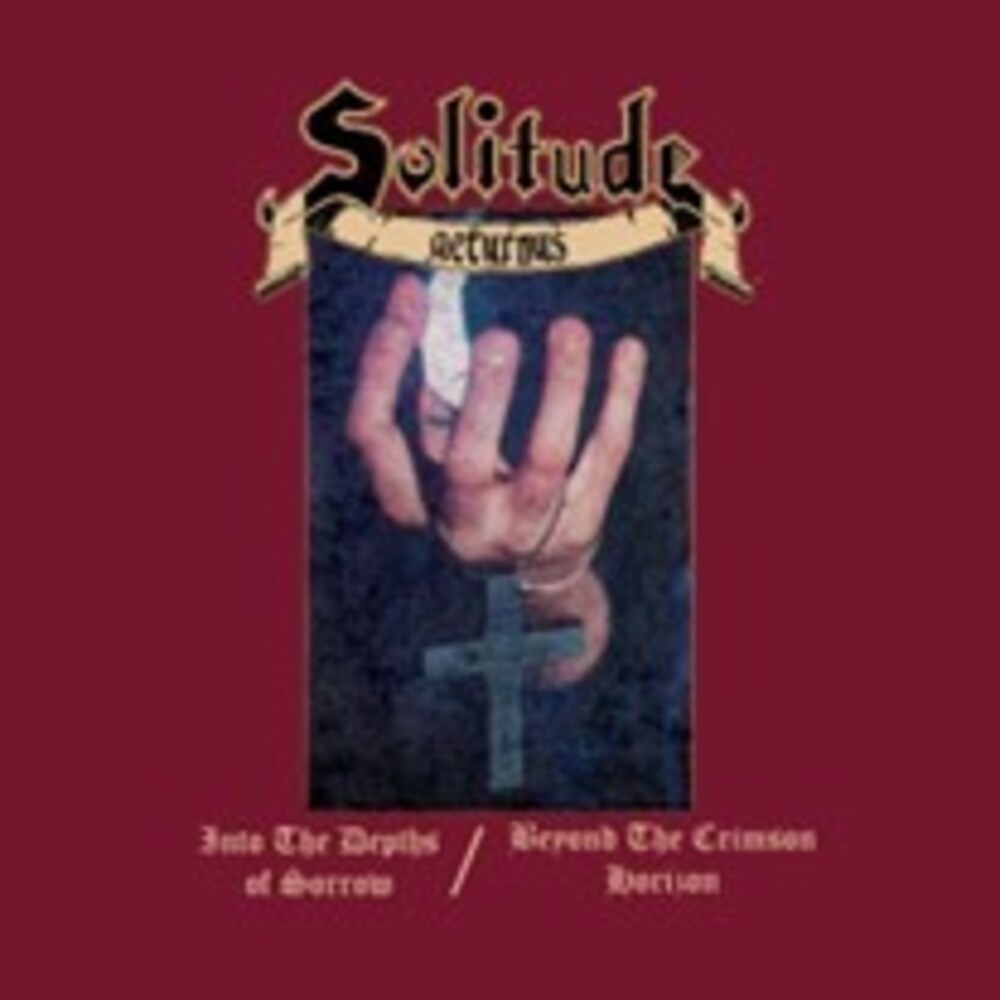 DISC: 1
1. Dawn of Antiquity (A Return to Despair)
2. Opaque Divinity
3. Transcending Sentinels
4. Dream of Immortality
5. Destiny Falls to Ruin
6. White Ship
7. Mirror of Sorrow
8. Where Angels Dare to Dread
9. Seeds of the Desolate
10. Black Castle
11. The Final Sin
12. It Came Upon One Night
13. The Hourglass
14. Beneath the Fading Sun
15. Plague of Procreation
16. Beyond

16 track double CD package from legendary US doom metal flagbearers Solitude Aeturnus featuring their first two classic full-length albums. CD1 features the cult debut 'Into The Depths Of Sorrow' originally released in 1991. CD2 features the acclaimed follow up 'Beyond the Crimson Horizon' originally released in 1992. With extensive liner notes from respected journalist Chris Chantler, with contributions from Ben Ward of Orange Goblin and Will Palmer of Angel Witch. Solitude Aeturnus was founded in 1987 in Dallas, Texas, led by guitarist John Perez, heavily influenced by doom metal originators Candlemass, Trouble and of course Black Sabbath. Having recorded a couple of demos under the name Solitude, the band caught the attention of Roadrunner Records who signed them after the original label failed to release the first album.