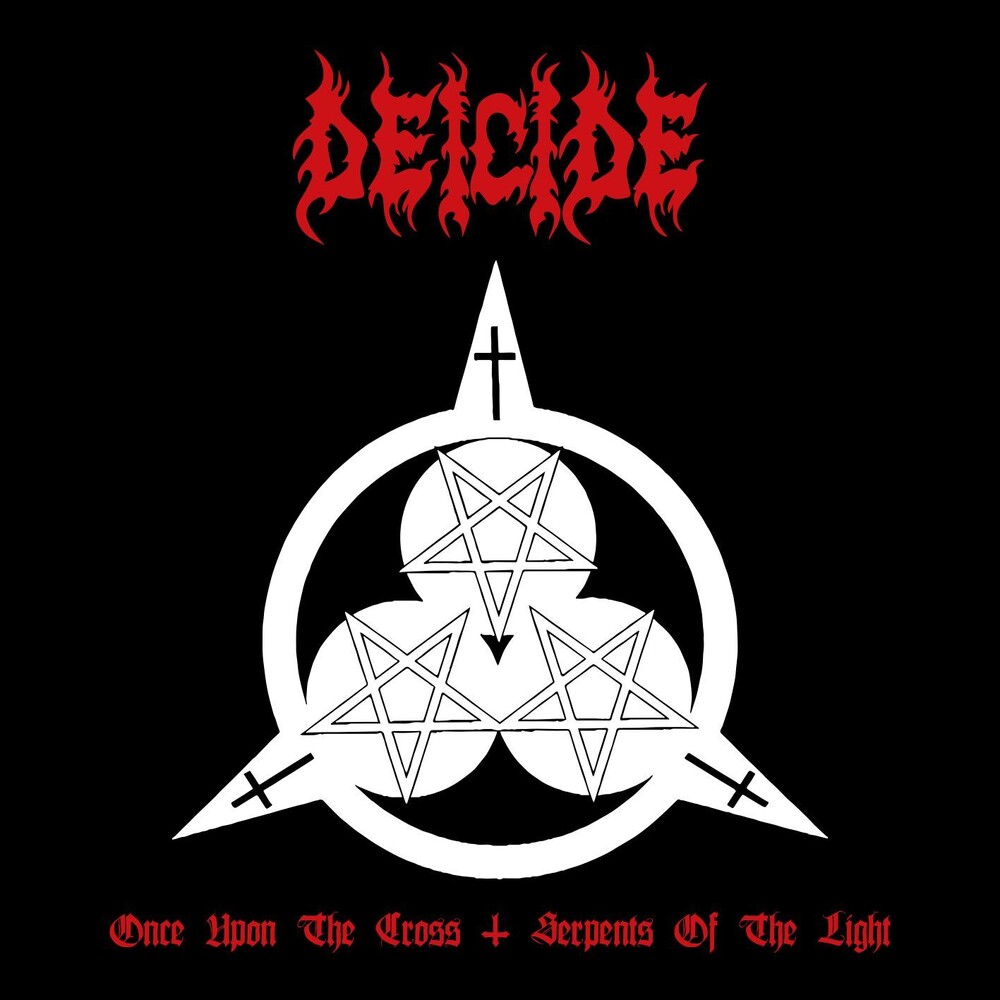 Once Upon The Cross / Serpents Of The Light (Uk)
Artist: Deicide
Format: CD
CD

19 track double CD package from controversial US death metal legends Deicide featuring two full albums from the band's years with Roadrunner Records. CD 1 features their third studio album 'Once Upon The Cross', originally released in 1995. CD 2 features their fourth studio album 'Serpents Of The Light', originally released in 1997. Formed in 1987 in Tampa, Florida, and eventually settling on Deicide as a band name in 1989, the addition of vocalist/bassist Glen Benton upped the controversy surrounding the band considerably. Pushing an overtly satanic and anti-Christian message, Benton famously branded an upside down crucifix into his forehead. After a notorious NME interview, the band were targeted by animal right activists. Rightly considered classics, both of the albums contain tracks still played by the band in their live sets today. This release features extensive liner notes from respected writer Dom Lawson, including new interviews with producer Scott Burns and A&R legend Monte Conner as well as Akercocke drummer and Deicide superfan David Gray