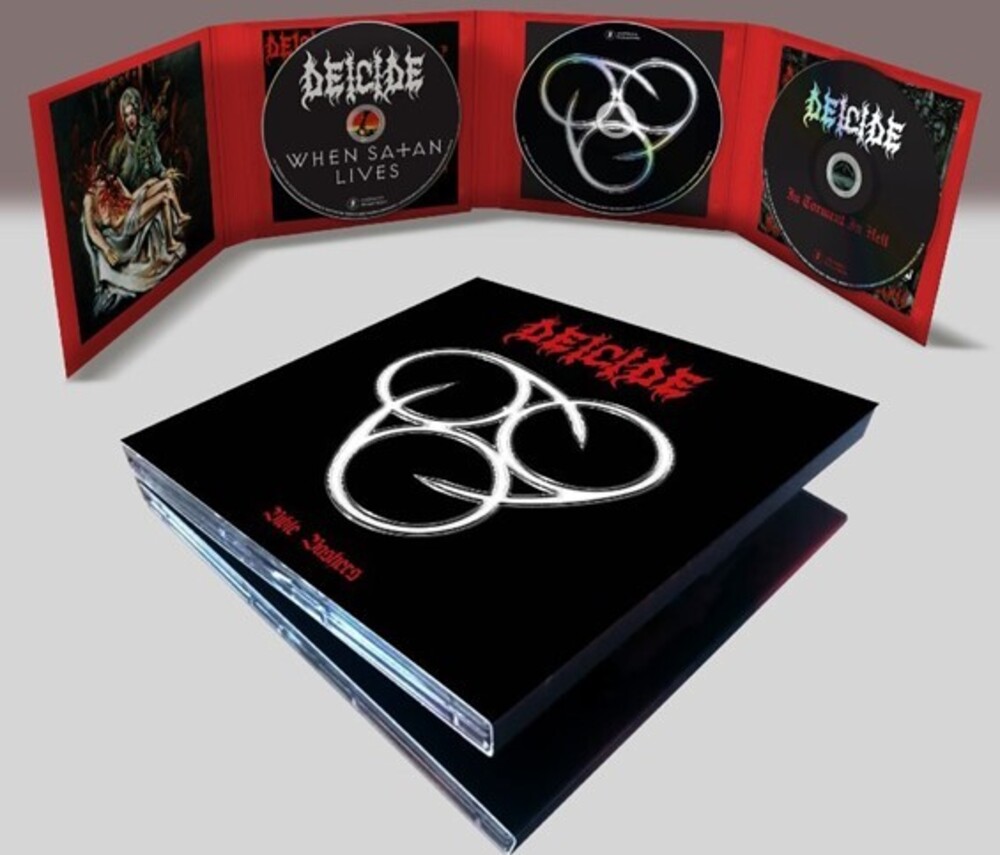 34 track triple CD package from controversial US death metal legends Deicide featuring three full albums from the band's later years with Roadrunner Records. Formed in 1987 in Tampa, Florida, and eventually settling on Deicide as a band name in 1989, the addition of vocalist/bassist Glen Benton upped the controversy surrounding the band considerably. Pushing an overtly satanic and anti-Christian message, Benton famously branded an upside down crucifix into his forehead. After a notorious NME interview, the band were targeted by animal right activists. This release features extensive liner notes from respected writer Dom Lawson, including new interviews with producer Scott Burns and A&R legend Monte Conner as well as Cradle Of Filth founding member and Deicide superfan Paul Ryan. Deicide have sold half a million records across their career, which includes 12 studio albums, and continue to record and tour to this day. Revolver magazine named Deicide as one of the Top Five Death Metal Bands of All Time, stating; "Deicide's riffs are monstrously listenable for something so blasphemously ear-grinding. "