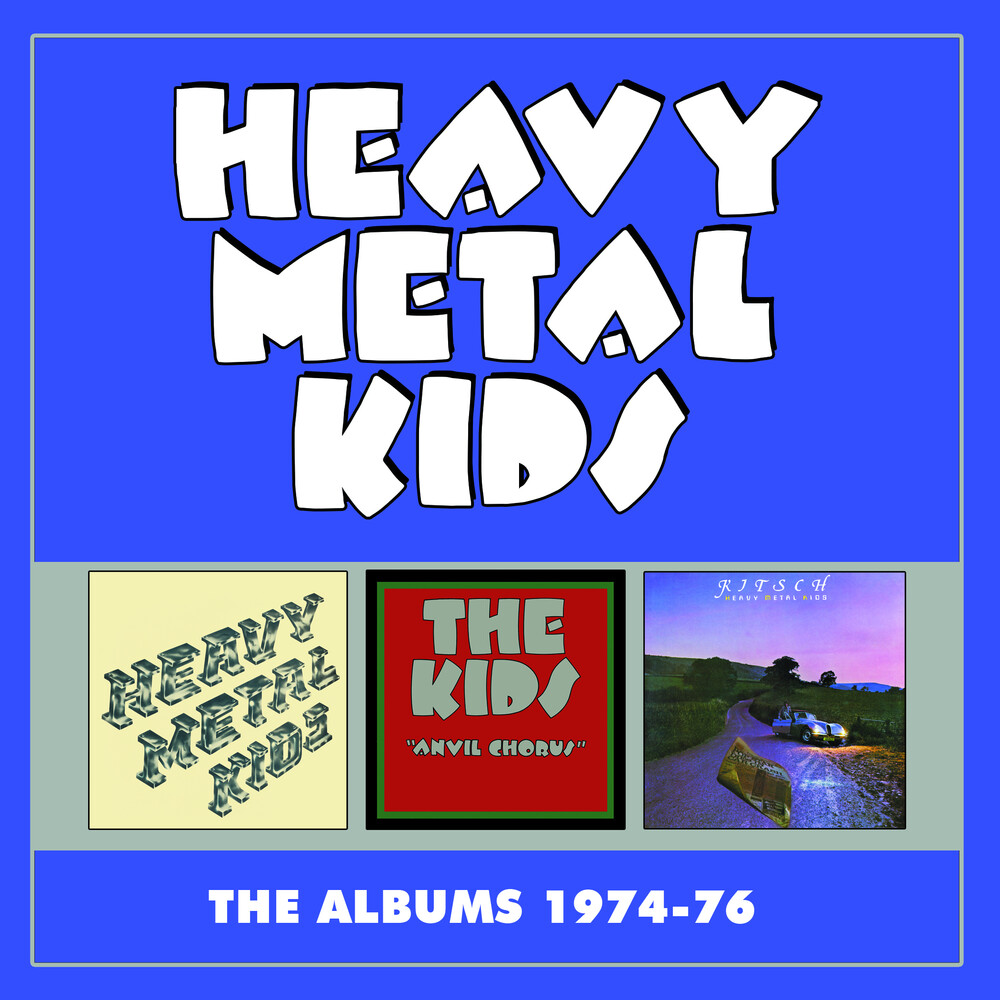 Three CD, 39-track, clam shell box set covering the three studio albums released by the seminal Heavy Metal Kids between 1974 and 1976. Disc One is their self-titled debut LP which features the singles 'It's The Same' and 'Rock N Roll Man'. It now comes with three previously unreleased album out-takes. The second disc is the 'Anvil Chorus' album from 1975 which includes the 'Blue Eyed Boy' and 'Ain't Nothing But A House Party' singles. Also includes the previously unreleased album out-take 'Stand Back'. Disc Three is the 'Kitsch' album from 1976 which includes the 'Chelsea Kids' and 'She's No Angel' singles. The bonus tracks include the 'Delirious' 45 plus the previously unreleased 'Boogie Woogie' single as well as 'New Wave', the final track recorded with original vocalist Gary Holton. The release contains detailed liner notes by Classic Rock journalist Dave Ling in conversation with the surviving band members. Pictures of all relevant record sleeves, press clippings and memorabilia plus previously unpublished photos by Barry Plummer are all a feature of the booklet.