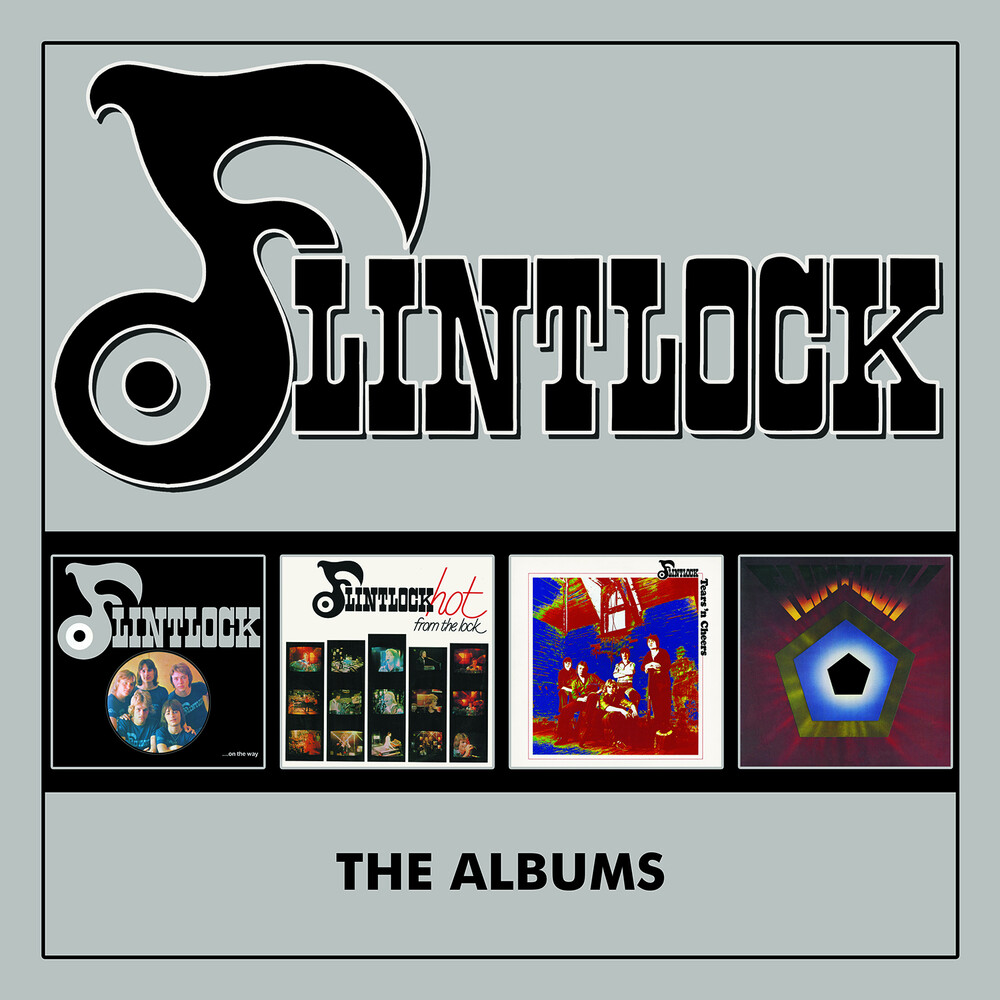 4CD set covering everything released by five piece 70s 'heart-throbs' Flintlock. Four albums and 12 singles including three only previously issued in Japan. 56 tracks of sublime 70s pop finally getting a European CD release. Regulars on tea-time TV, Flintlock had their own series called Fanfare and also appeared on each episode of You Must Be Joking and Pauline's Quirkes while drummer Mike Holloway was a star in his right via the hit show Tomorrow's People. They also adorned all the teen magazines of the day including the likes of My Guy, Jackie, Fab 208 and Look-In as well as appearing on all the top pop shows of the time including Crackerjack, Supersonic and of course, Top Of The Pops. 'Dawn' gave the band a UK Top 30 smash in April 1976 and they, like other 70s heart throb groups such as Rosetta Stone, Buster and Child, regularly featured in the charts in Japan. The in-depth liner notes include a new interview and quotes from Mike Holoway who has overseen the project and is currently involved in Flintlock 2 with original guitarist John Summerton.