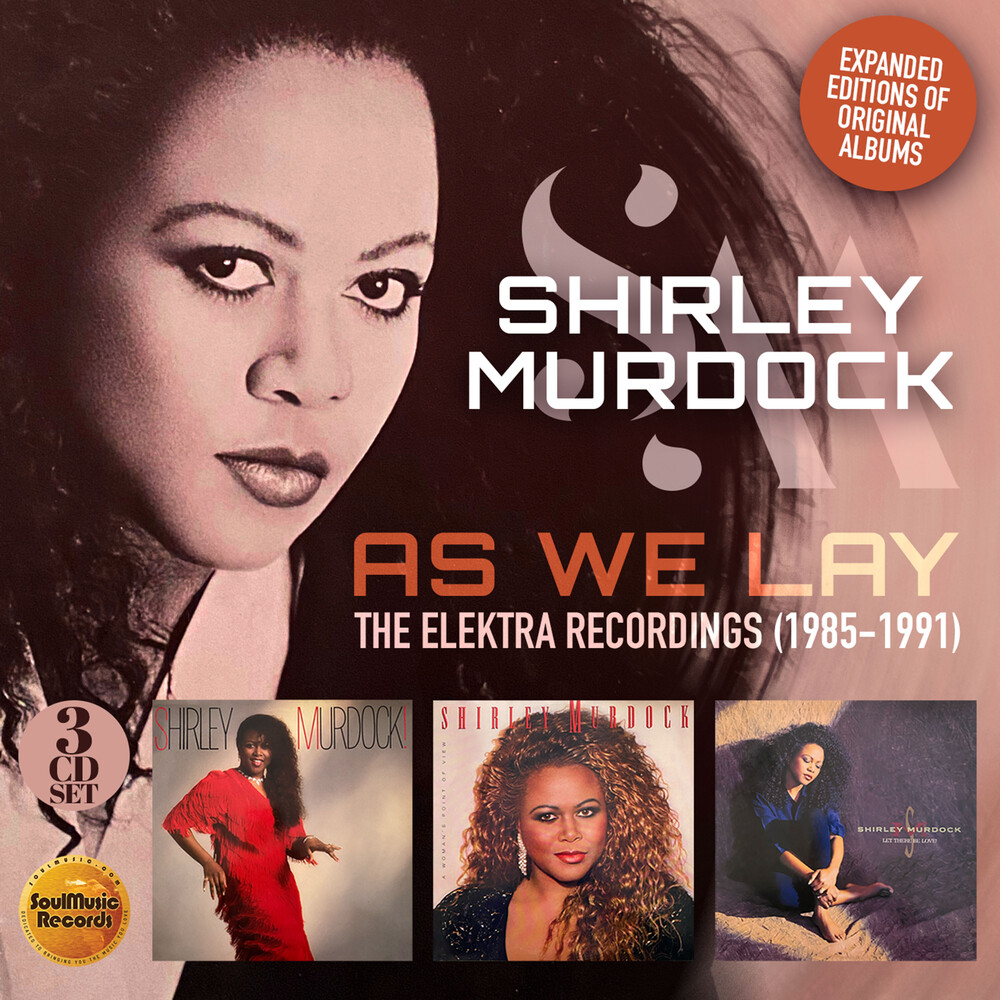 First-of-it's-kind box set of expanded editions of the three stellar albums by renowned RnB/soul and gospel artist Shirley Murdock. A 40-track 3CD deluxe package including Shirley's trio of albums plus ten bonus tracks. With extensive liner notes from acclaimed music historian and writer Tim Dillinger, who co-produced this reissue with SoulMusic Records' founder David Nathan, including an in- depth interview with Shirley who continues to work as a popular gospel artist and her husband, producer and musician Dale DeGroat specifically for this box set. Shirley Murdock's work and success with famed funk group Zapp and Roger Troutman in 1984 provided a springboard for her solo career which began in earnest in 1986. Featuring the self-titled US certified gold LP 'Shirley Murdock!', which included the US Top 20 and RnB Top Five hit, 'As We Lay' which established Shirley as a mainstream recording artist and performer; 1988's 'A Woman's Point Of View', featuring the US RnB chart- making single 'Husband'; and the 1991 set 'Let There Be Love!' which, like Shirley's previous solo albums, included a number of Shirley's own compositions and was also produced by Roger Troutman. With stellar artwork from Roger Williams and excellent mastering by Donald Cleveland, 'As We Lay' includes a total of ten bonus tracks: Disc 1 reprises six cuts from the expanded edition of 'Shirley Murdock!', released by SoulMusic Records in 2018; Disc 2 includes three edits and mixes not previously available on CD; while Disc 3 also has Shirley's version of The Clark Sisters' classic, 'You Brought The Sunshine', first released in 1990 on the 40th Elektra anniversary compilation, 'Rubaiyat', which has been out of print for a number of years.