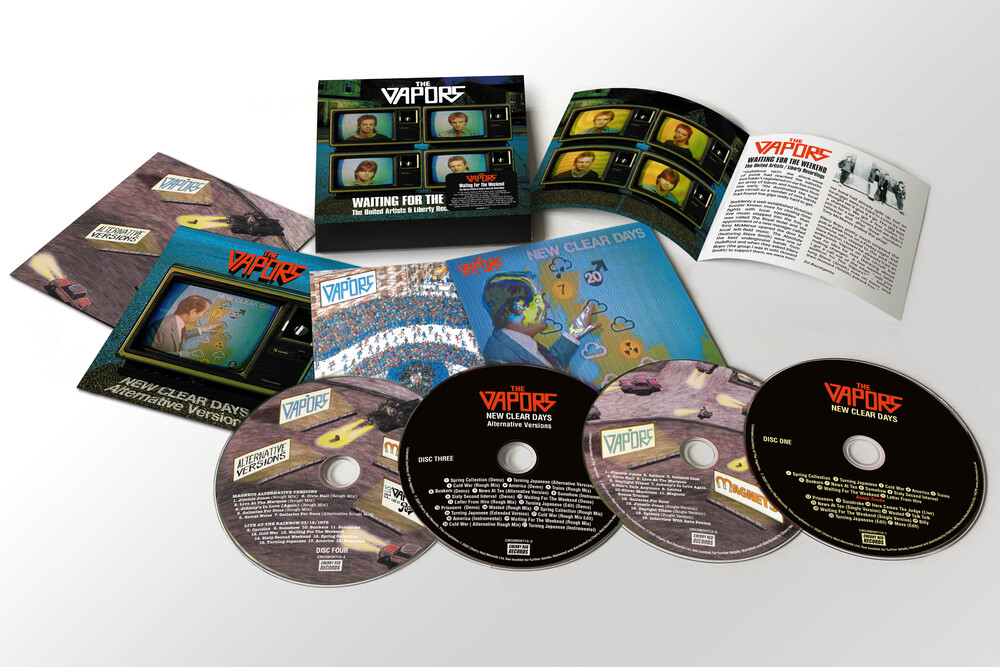 76 track deluxe 4CD clamshell box set containing the original albums 'New Clear Days' and 'Magnets' plus B-sides & single versions. Includes 2CDs of previously unreleased demos, rough mixes, alternative and live versions featuring their performance from The Rainbow on 3rd December 1979. Featuring three songs 'Move', 'Secret Noise' and 'Caroline' that have never officially previously been released. With a fully illustrated 24-page booklet containing rare and previously unseen photos with a brand new annotation by Ed Piller. Formed in 1978 and "discovered" by The Jam's Bruce Foxton and managed by Paul Weller's Dad John they signed to United Artists in 1979, their second single 'Turning Japanese' becoming an enormous international hit reaching number three in the UK and number one in Australia. It was also a major hit in New Zealand, Canada and reached No. 36 in the US single charts. Their debut LP 'New Clear Days' (No. 44 - UK albums chart) was released in 1979 and their second album 'Magnets' in early 1981. The band never repeated the same degree of commercial success as 'Turning Japanese' but developed a global following prior to their split in the early '80s. Some 35 years later The Vapors reformed in 2016 and again in 2020 to release their third album 'Together' and continue to regularly play live shows. Packaged in a deluxe clamshell box, this 4CD set contains their two albums 'New Clear Days' and 'Magnets' as well as the single versions and B-sides. Researched and mastered from the original master tapes retrieved from the EMI Archives, it also contains two CDs featuring previously unreleased demos, rough mixes, alternative versions plus the bands live set from The Rainbow in December 1979.