At The BBC | RECORD STORE DAY 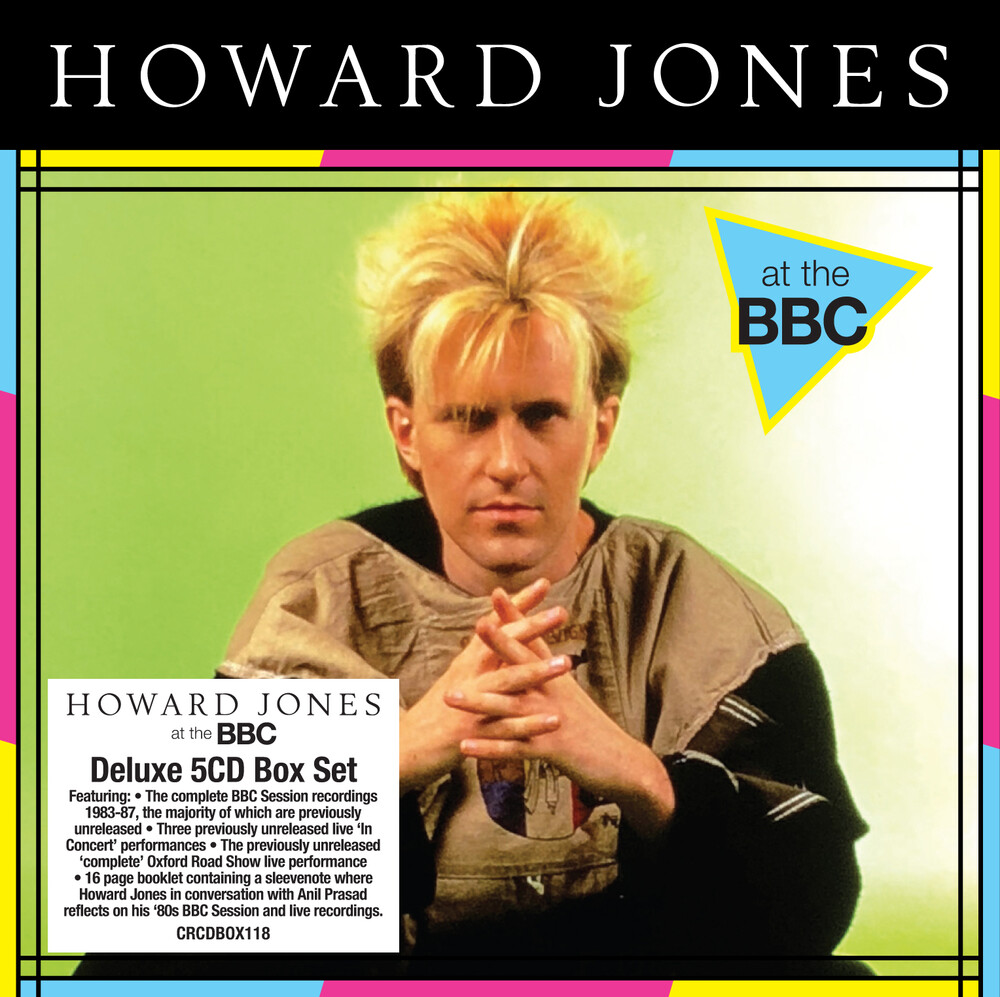 At The BBC
CD

5CD box set encapsulating the very best of Howard Jones' BBC Session and live concert performance broadcastsFeaturing nine previously unreleased session tracks including 'What Can I Say?' which is remastered from the original master tape for the very first timeAll the live performance tracks (bar eight from the Oxford Road Show) are previously unreleased, including three songs from this live performance that were not broadcast at the time and are previously unheard and unreleased: 'Like To Get To Know You Well', 'No One Is To Blame' and 'Don't Always Look At The Rain'/'Things Can Only Get Better'. Plus a 16-page CD booklet including a sleeve note by Anil Prasad in conversation with Howard reflecting on his '80s BBC Session and live recordings. Decades before YouTube and streaming, the biggest influence on British pop music fans was exposure to artists via the BBC. In the '80s, BBC Radio remained a primal force in establishing the relevance and momentum of musicians, including for Howard Jones, himself. In the period between 1983-87, the BBC broadcast four different sessions by Howard; two of these for the Kid Jensen Show and two for the Janice Long Show. This 5CD box set contains all 19 of these session tracks including the complete 'White Tape' demo recordings that Howard gave to the BBC to broadcast as his second session in May of 1983. The box set also includes three In Concert live performances and the previously unheard complete Oxford Road Show performance that was simulcast on BBC Radio 1 and BBC2 on 15th March 1985. As Howard himself said in conversation with sleeve note writer Anil Prasad; "This set is a really valuable, historical document. You hear me before the first album was released, after I've had success, my evolution from a solo performer to a band-focused performer, and all of it happened across only four years from 1983-1987. There's so much variety in the sessions, even among songs that appear multiple times. It's a series of snapshots from a very important time in my career. It's fascinating for me to listen to and reflect on so many years later. I hope the same holds true for the fans as well. "