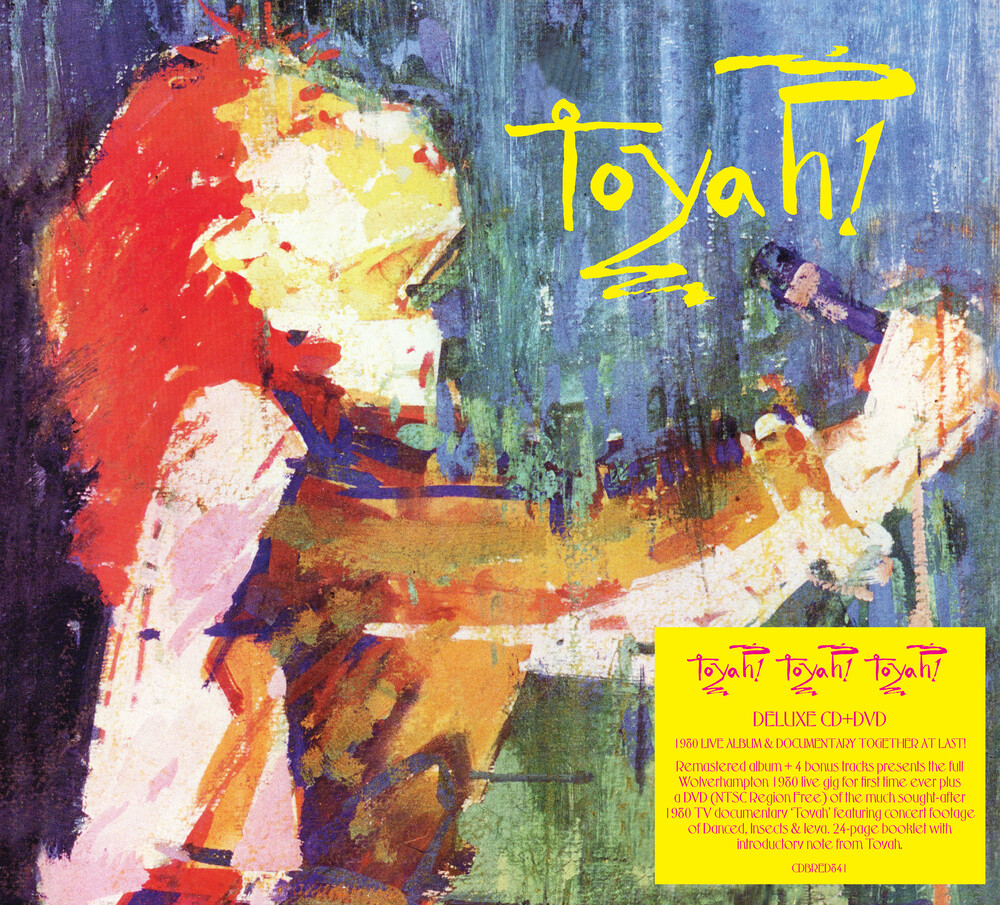 The third instalment in Cherry Red's deluxe re-issue series of Toyah's Safari Records back catalogue is the 1980 live album 'Toyah! Toyah! Toyah!'. Released as an expanded deluxe CD+DVD (NTSC O) The live album originally peaked at #22 in the UK Top 40 Album Chart in 1980 and also spent an entire year in the Independent Album Chart, earning a Silver sales certification. The recorded gig took place on 17 June 1980 at the legendary Club Lafayette, Wolverhampton where Sex Pistols, Led Zeppelin and Stevie Wonder all performed. The gig was recorded on the Rolling Stones' Mobile Recording Unit and has been remastered from the original master tapes by Nick Watson. With sleevenotes by Craig Astley, Toyah's official archivist, who also compiled the package, the CD+DVD set finally restores the full concert set list and pairs the live album with a DVD of the 1980 television documentary Toyah, released on disc for the first time ever. Directed by Graham Moore and originally broadcast by the ATV (former name for ITV) network on 17 November 1980, it followed Toyah for over half a year capturing band rehearsals, studio recording sessions, play rehearsals and in her then-home, the notorious Battersea warehouse 'Mayhem'. The CD+DVD features the previously unreleased songs 'She', a reprise of 'Danced' and an unedited complete version of 'Neon Womb' which originally faded early as the B-Side of live single 'Danced'. The CD+DVD contains a fully illustrated 24-page booklet featuring an introductory note from Toyah alongside rare and unseen photography of Toyah and the band line-up which disbanded before this album's original release. The documentary features promo-style video footage for the songs 'Blue Meanings' and 'Neon Womb' alongside concert footage of 'Danced', 'Insects' and 'Ieya' as heard on the live album.