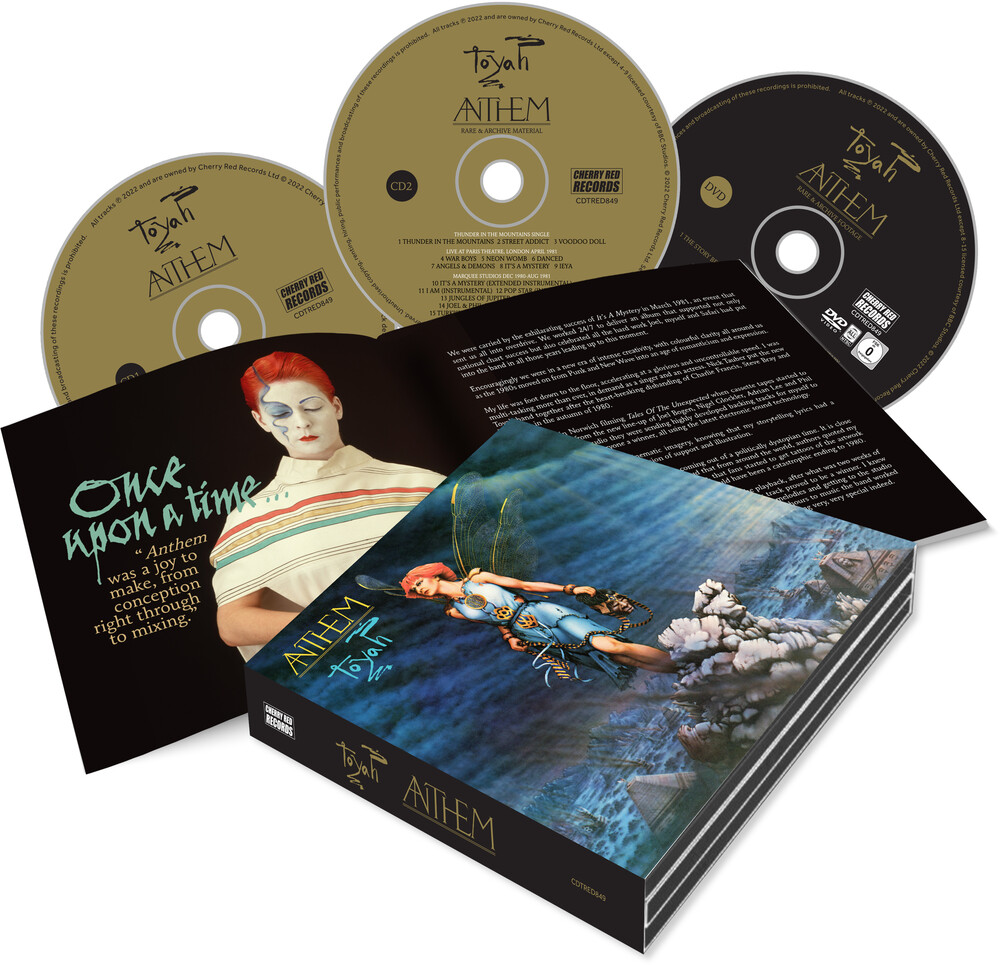 Newly remastered release of Toyah's 1981 Gold-selling album 'Anthem'. Remastered by Nick Watson from the original master tapes and approved by Joel Bogen. With a brand-new introduction by Toyah Willcox in the 24-page booklet which contains stunning classic and rare images plus previously unseen out-takes from photo shoots. Compiled by Craig Astley, Toyah's official archivist, who also provides new sleevenotes, the expanded 2CD+DVD release presents the full album complemented by 25 bonus tracks. Among these is the standalone hit single 'Thunder In The Mountains'. Produced by Nick Tauber, with arrangements by the band and Toyah, the album features a line- up that saw Willcox and Joel Bogen joined by Nigel Glockler, Phil Spalding and Adrian Lee. The bonus material includes a six-song live session recorded on 1 April, 1981 at BBC's Paris Theatre in London which is released commercially for the first time ever plus 'Thunder In The Mountains', the third Top Ten single of 1981 by the 'Anthem' Toyah line-up along with a previously unreleased unfaded version of the flexi-disc track 'For You'. The accompanying DVD (NTSC/Region Free) presents a fascinating new in-depth interview feature with Toyah about the creation of the album plus a track-by-track commentary and exclusive renditions of three 'Anthem' songs, plus for the first time ever classic footage of Toyah's 1981 BBC performances of 'It's A Mystery', 'I Want To Be Free' and 'Thunder In The Mountains' and four different appearances on the legendary Top Of The Pops alongside performances originally broadcast on Something Else, Cheggers Plays Pop and Multi-Coloured Swap Shop plus the classic promo videos for 'I Want To Be Free' and 'Thunder In The Mountains', both directed by Godley & Creme.