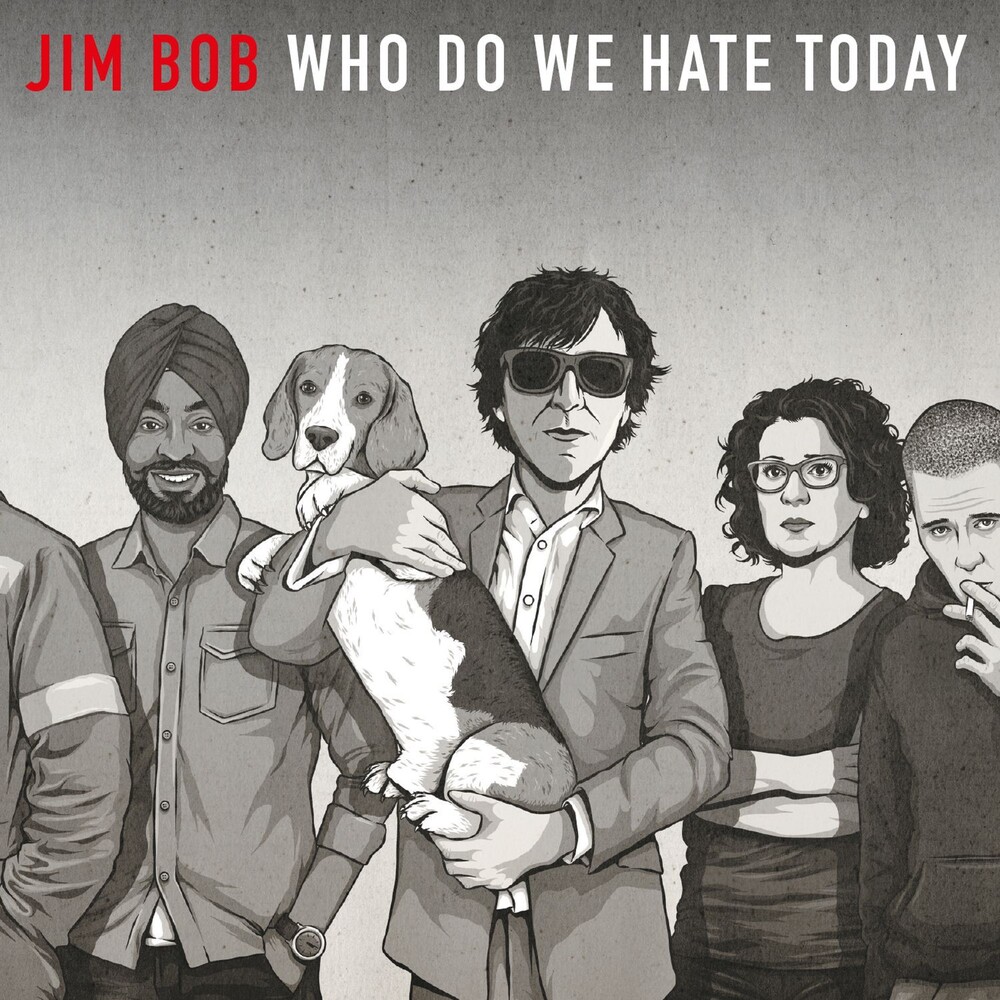 (Please call first)
DISC: 1
1. Jim's Bed of Unease (Intro)
2. The Earth Bleeds Out
3. Shona Is Dating a Drunk, Woman Hating Neanderthal Man
4. #Prayfortony
5. Where's the Backdoor, Steve?
6. Karen (Is Thinking of Changing Her Name)
7. A Random Act
8. The Summer of No Touching
9. Song for the Unsung (You're So Modest You'll Never Think This Song Is About You)
10. Men
11. Evan Knows the Sirens
12. The Loneliest Elephant in the World
13. Who Do We Hate Today?

Following 2020's critically acclaimed, chart smashing, hiatus breaking 'Pop Up Jim Bob' album, the artist formerly known as Jim Bob from Carter USM is back with his second album in as many years. 'Who Do We Hate Today' is another silver-tongued snapshot of modern life in Britain from the singer-songwriter, musician and author. Jim's new record reflects on everything from the end of the world and social distancing, to key workers, lonely elephants and living in fear of a random attack. Recorded in South London with The Hoodrats, Jim uses thirteen tracks and thirty-seven minutes to bring us new songs as catchy as they are contrasting.