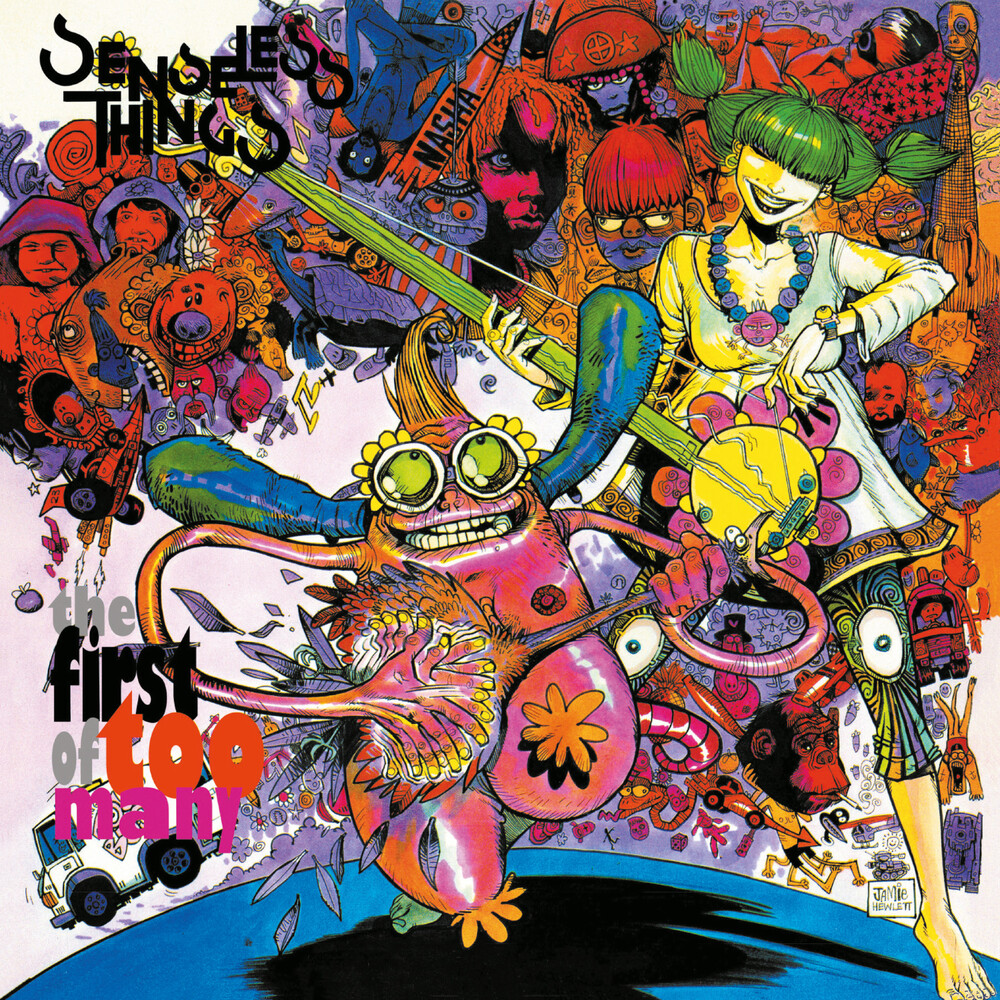 A double coloured vinyl LP (expanded and revisited anniversary edition) of the Senseless Things' second album 'The First Of Too Many'. Allmusic praised 'The First Of Too Many's blend of "bubblegum pop" and "gobstopping hard rock", likening the band's sound to The Who, Buzzcocks and The Replacements. The band were known and loved for their intense and passionate touring, which saw them playing relentlessly through the UK, Europe, Japan & The US. At time of release, the band toured the United States, supporting Blur, and went to Japan for the first time, appearing on talent show Ika-Ten. The cover art for the first two Senseless Things' albums and most single releases around the same period was provided by comic artist Jamie Hewlett, creator of Tank Girl and later Gorillaz. Both Cass Browne and Morgan Nicholls of the band would go on to play substantial roles within the Gorillaz project and live band. Tragically, Senseless Things vocalist and songwriter Mark Keds passed away in early 2021. In honour of Mark's memory, founding members Morgan Nicholls and Cass Browne have revisited their classic album 30 years later, returning to the original master tapes and producing a fantastic new anniversary edition which is included here, along with the original 1991 mix of the record. Split across two 12-inch records (one black and one red), this expanded double vinyl edition is a must for any fan or collector.