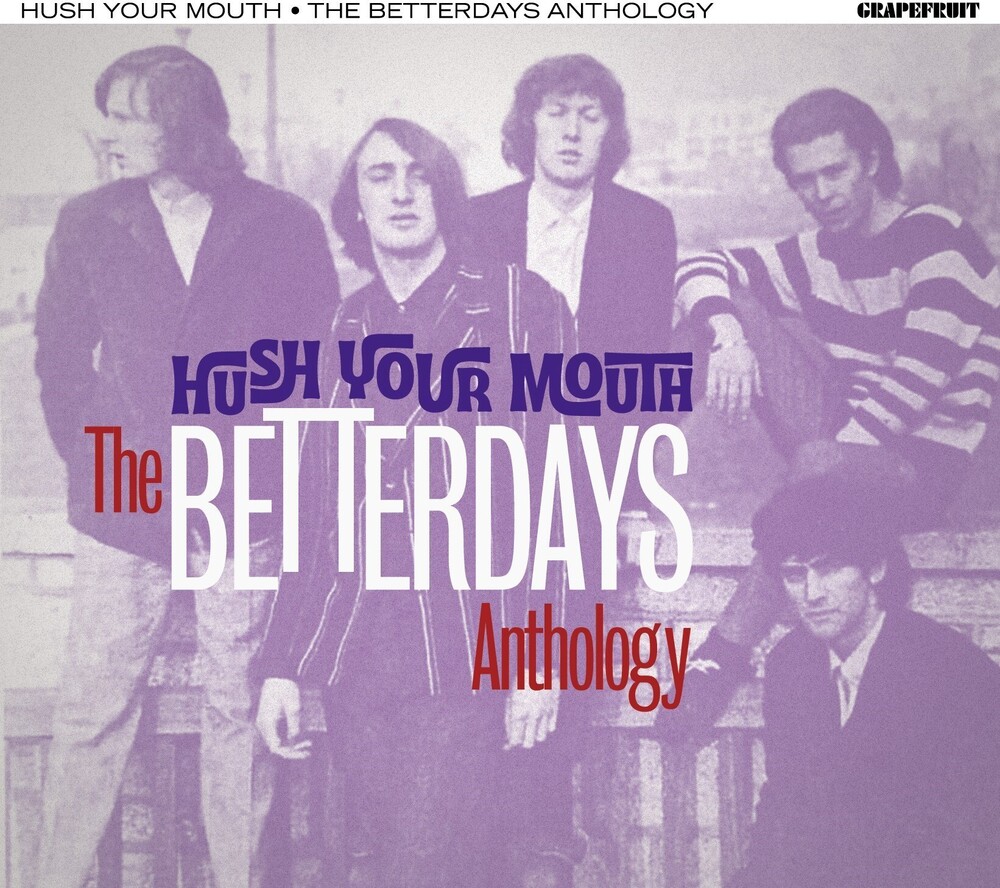 First-ever complete anthology of wild mid-'60s UK garage R&B band The Betterdays who briefly reformed in the early '90s. The West Country's leading exponents of British Garage R&B, The Betterdays' thrillingly raw sound and unkempt, long-haired appearance initially saw them banned by local promoters in their native Plymouth. The national success of The Rolling Stones turned the tide in their favour, and by mid-1964 they boasted a thriving local fan club and were provoking riots among audiences. Having acquired local hero status, they opted not to relocate to London, although they did cut a handful of demos at venues like RG Jones (Morden) Ltd and even released a single via Polydor in September 1965. By that juncture the R&B scene was fading, and The Betterdays duly disbanded - although they did reform in the early '90s with the original five-man line-up, promptly recording the album they'd been denied in their mid-'60s heyday. The first-ever complete anthology of their work, the 2-CD set 'Hush Your Mouth' brings together their small but valuable cache of mid-Sixties acetates, their feverishly-pursued Polydor single, a clutch of August 1964 live cuts (including three tracks now being heard for the first time) and those early '90s recordings - which initially gained a partial release as 'No Concessions' before an expanded version appeared in 2017 as 'Backlash'. Featuring a 24-page booklet with numerous rare photos and a new essay on the band, 'Hush Your Mouth' is the final word on this legendary mid-'60s British R&B band