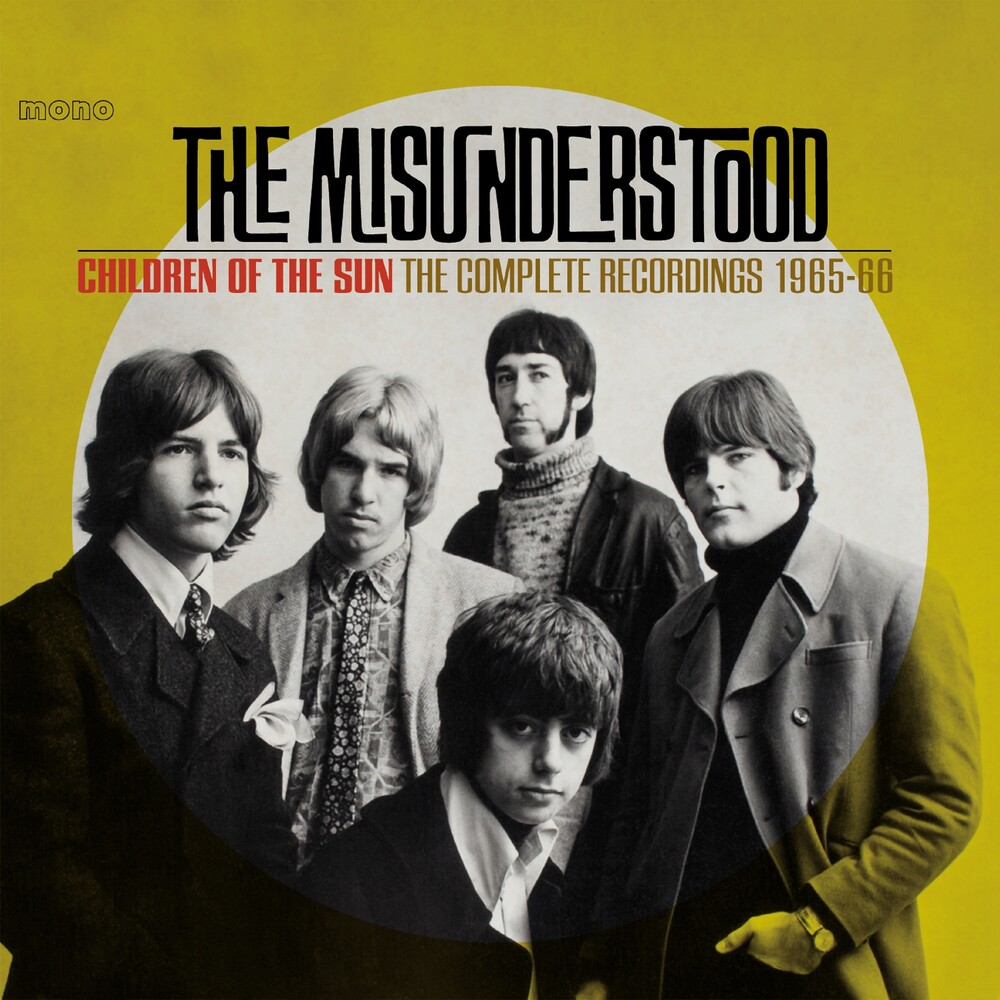 The Misunderstood must rank as one of the greatest cult bands of the sixties psychedelia era. The band began forging their innovative sound in Riverside, California, where they were discovered by DJ John Peel (then working in the US as John Ravenscroft). Having cut a few recordings locally, the band relocated to the UK on Peel's recommendation. In London, The Misunderstood signed to Fontana Records to cut what are considered six landmark tracks. Issued that December, 'I Can Take You To The Sun' remains a high watermark of the original psychedelia era and was backed by an explosive version of Bo Diddley's 'Who Do You Love', but the band broke up soon afterwards when singer Rick Brown was drafted. A second single, the blistering psych rock of 'Children Of The Sun' (backed by the anti-war gem 'I Unseen') was belatedly issued in February 1969 when a new line-up of the band re-signed to the label. In 1982, Cherry Red released the landmark compilation LP, Before The Dream Faded, which not only unveiled two further Fontana recordings, the high octane 'Find The Hidden Door' and 'My Mind' but also collated seven archive tracks from the band's Riverside days. Since then, additional recordings have surfaced on various retrospectives. CHILDREN OF THE SUN finally assembles The Misunderstood's entire known output from 1965-1966 onto one package, suitably re-mastered by Alec Palao. With incisive sleeve-notes from Mike Stax (Ugly Things) and involvement with various original band members, and a handsome design from Andy Morten (Shindig!), this is truly the definitive document of a legendary underground band, assembled by those who love their music.