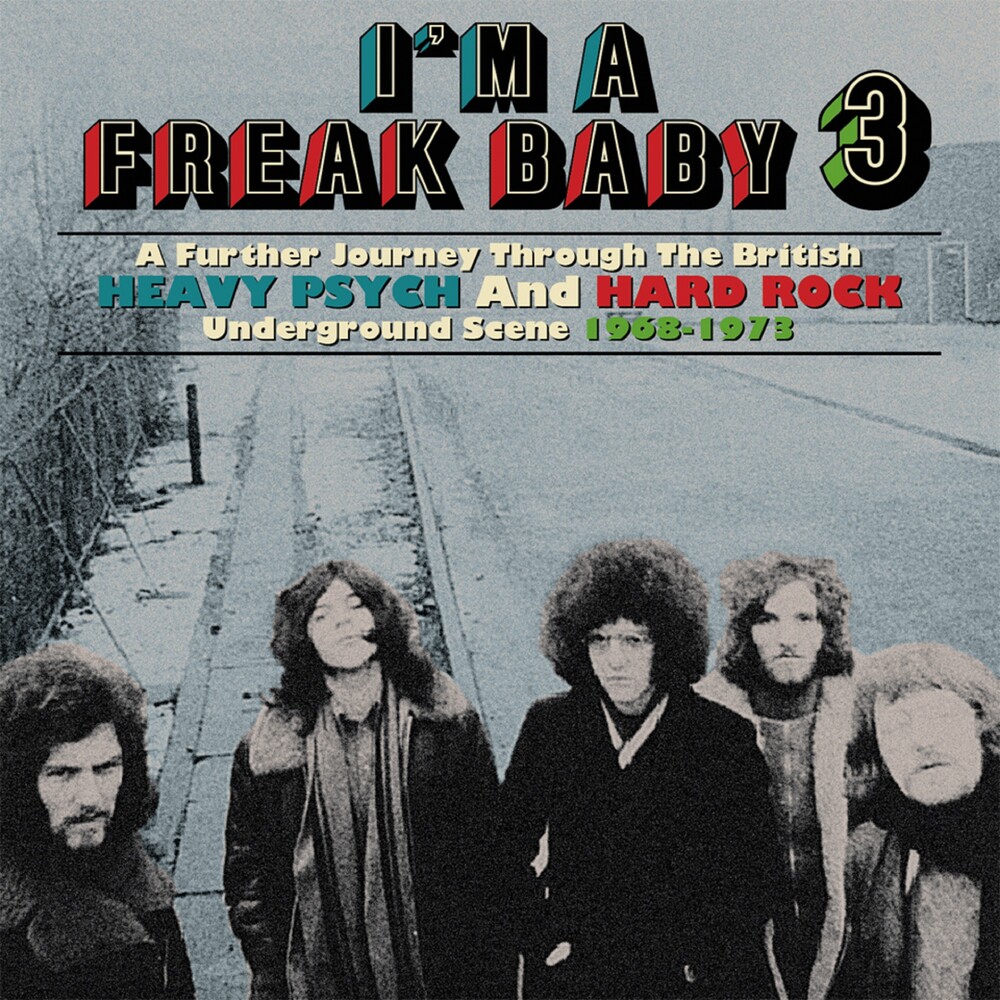 Following the success of the first two volumes of the series I'm A Freak Baby, Grapefruit returns with a third instalment of pioneering hard rock sounds from the nascent British underground. As with it's predecessors, I'm A Freak Baby 3 includes many of the acts who were synonymous with the stoner, free festival element of the English counterculture, with key tracks from such seminal underground stalwarts as Mick Farren and The Deviants, Edgar Broughton Band, Pink Fairies and Hawkwind. We also include musicians and bands who were honing their sound before finding huge success: the embryonic Deep Purple, the teenage Free, first album Thin Lizzy, Lemmy (fronting Sam Gopal) and a pre-fame Mott The Hoople are joined by old-stagers The Yardbirds, represented by an incendiary 1968 live version of "Dazed And Confused", a song that Jimmy Page would take with him to his next band. Other bands featured have long attracted record collector interest, with the likes of May Blitz, Fuzzy Duck, Leaf Hound, Zior, N. S. U. and Ashkan all leaving behind albums that now sell for huge sums of money. Many of our featured bands, however, wouldn't even get as far as attracting record company interest, with outsider acts like Wicked Lady, Grit, Stoned Rose (featuring a pre-Ultravox Chris Cross) and Bone only able to preserve their sound in rehearsal rooms or, if they could scrape together enough cash, the cheapest demo studios. Completed by a handful of one-shots (Mighty Hard, Distant Jim) and previously unreleased tracks, I'm A Freak Baby 3 - housed in a clamshell box, and featuring a lavish 40-page booklet - is another essential window on a burgeoning movement that would go on to establish a musical revolution. To quote the mighty Edgar Broughton Band, keep them freaks a-rollin'!