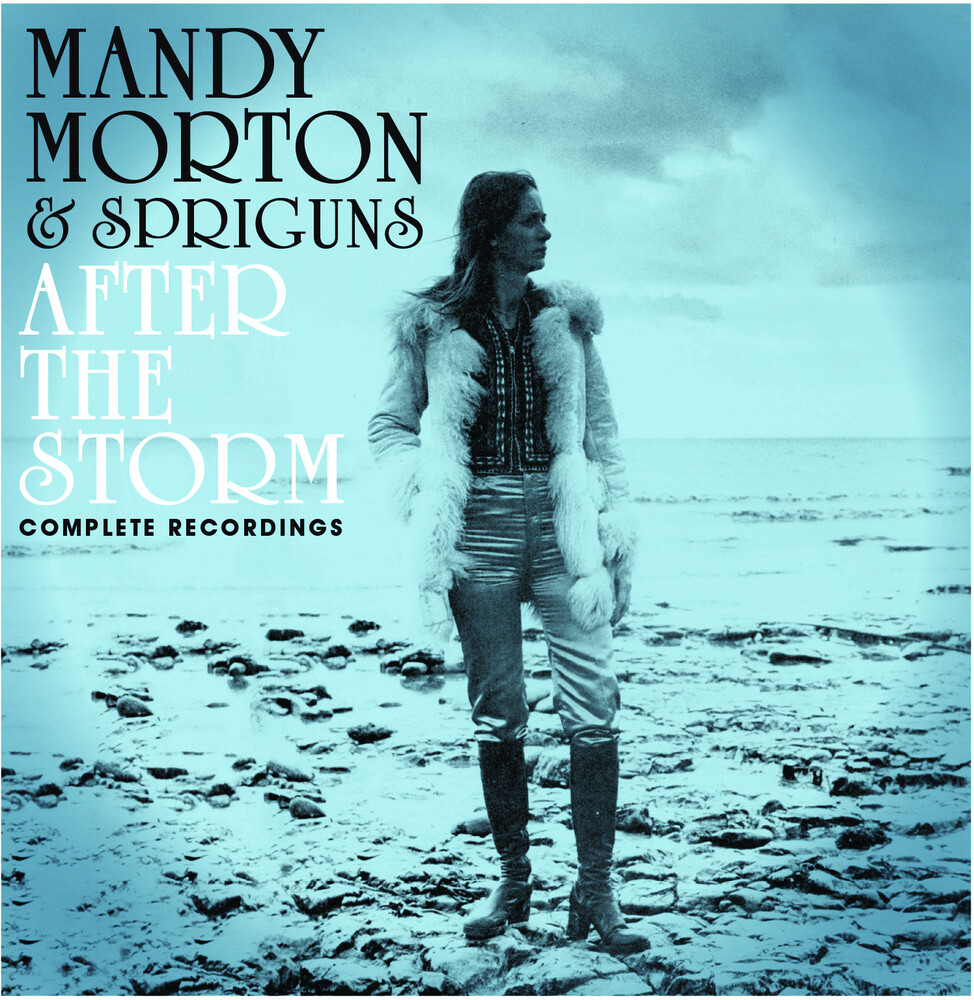 Spriguns Of Tolgus (later shortened to just Spriguns) were a British folk rock group formed in 1972, who have long been admired by connoisseurs of that era. Having made two self-funded albums, they attracted a major label deal with Decca for two further LPs, which demonstrated their growing originality, and caught the attention of some significant figures in that world. However, Spriguns were unable to attain mainstream success and they disbanded in 1978. Their lead singer and co-songwriter Mandy Morton continued a solo career, establishing a foothold in Scandinavia for a time and making three albums thereafter. Compiled and co-ordinated by Mandy herself, 'After The Storm' is an ambitious 6CD and DVD box set which offers the entire recorded output of Spriguns and Mandy Morton in their various musical guises, from their lo-fi cassette-only album 'Rowdy Dowdy Day' from 1972 to the final Mandy Morton Band LP 'Valley Of Light' from 1983. Many of the above have been remastered for the first time directly from the original master tapes. And in addition, Mandy discovered several previously unreleased tracks, which appear as bonuses. The whole package has been beautifully designed, with a plethora of illustrations and sleevenotes by Mandy herself. In every respect, 'After The Storm' is the ultimate tribute to the music of Spriguns and Mandy Morton - long held in high esteem by folk rock collectors "in the know" but deserving of a deluxe box set to pay proper homage to their musical legacy.