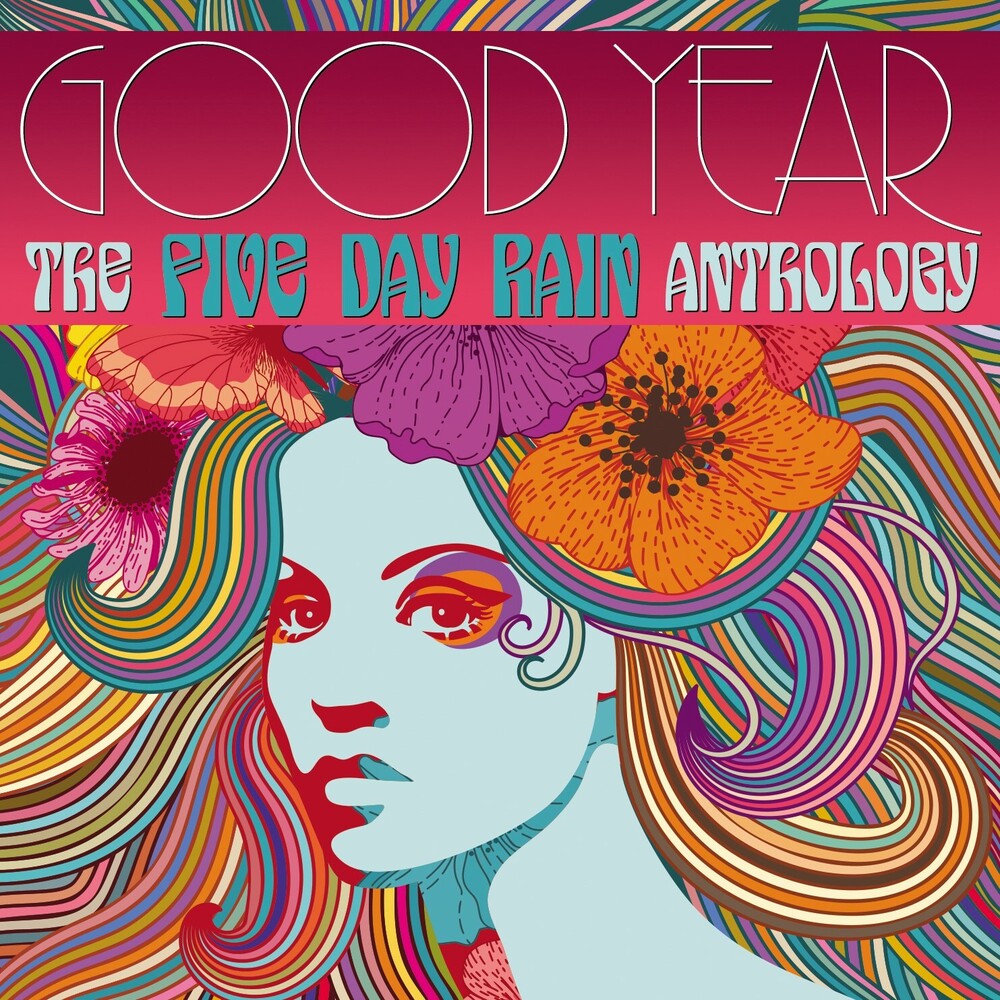 Definitive two-CD anthology of much-loved 1970 British psychedelic/progressive LP that failed to get beyond test pressing stage at the time. Includes several previously-unissued tracks from those 1970 sessions. Among the rarest vinyl albums of the era, the last original copy to be openly offered (in 2017) sold for £4000. In early 1970, Sussex-based power trio Iron Prophet linked up with former Scots of St James/ Fleur de Lys member Graham Maitland to cut an album at IBC Studios under the name Five Day Rain. They worked on the album throughout 1970, with the intended release pressed up as a demo LP that summer. That version was then rejected, although a number of cuts were salvaged and added to new recordings in the autumn for another test pressing-only album at the end of the year. When the recordings failed to gain a release, the band changed their name at the beginning of 1971 to Studd Pump, issuing a single in March via the Penny Farthing label before breaking up. Twenty years later, the second version of the Five Day Rain album was disinterred and finally released, although the intended opening track was excluded, and a couple of other songs were tampered with in the re-mastering studio. All subsequent releases of the album have used those versions. Containing over two hours of music, 'Good Year' corrects these issues to finally give a release to all of the band's recordings as they were originally cut, although we have also included those '90s "amendments" for the sake of completeness. Both 1970 test pressing albums are included in their entirety, together with the Studd Pump single and three tracks that, slightly remixed, were included without the band's permission or knowledge on a 1978 album credited to One Way Ticket. With rare photos, band reminiscences and a note that details the full astonishing story, 'Good Year' is the definitive, unexpurgated version of this legendary unissued-at-the-time studio project.