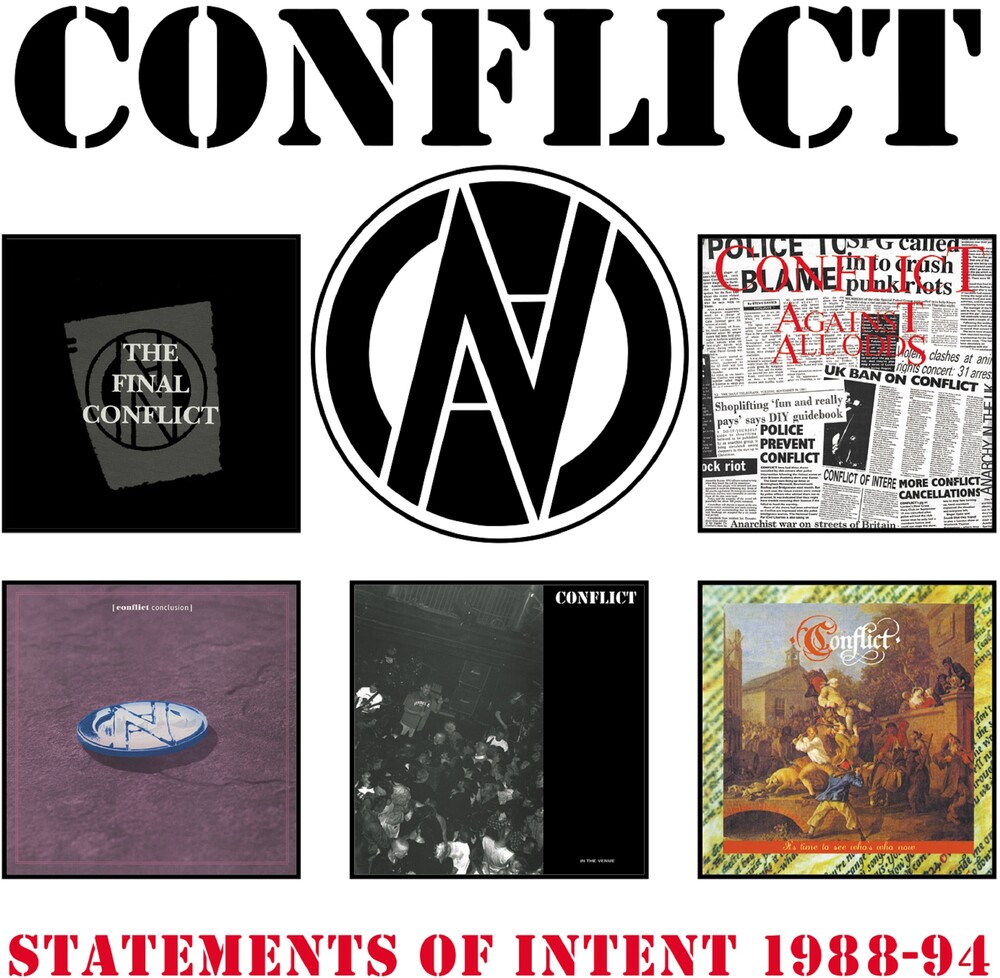 5 CD companion to the "Statements Of Intent 1982-87" box set just issued by Mortarhate. Disc 1 is the "The Final Conflict" album which reached No. 13 in the UK Independent Chart when first released in 1988. The second disc is the acclaimed "Against All Odds" release which now comes with the addition of the remixed 'Final Conflict' single. Disc 3 is 1993's "Conclusion" album which now features the single 'These Colours Don't Run' as a bonus. The fourth disc is the In Concert "In The Venue" live album from 1994 which caught the band playing to a home crowd in South East London. The final disc brings the box sets full circle as it is the "Time To See Who's Who Now" collection which saw the band re-record many of the tracks from their very first album and which was produced by Flux Of Pink Indians Derek Birkett. Once again journalist James Sherry has provided in-depth liner notes following his exclusive interviews with vocalist Colin Jerwood. Colin has also supplied many previously unseen photos for the CD booklet.